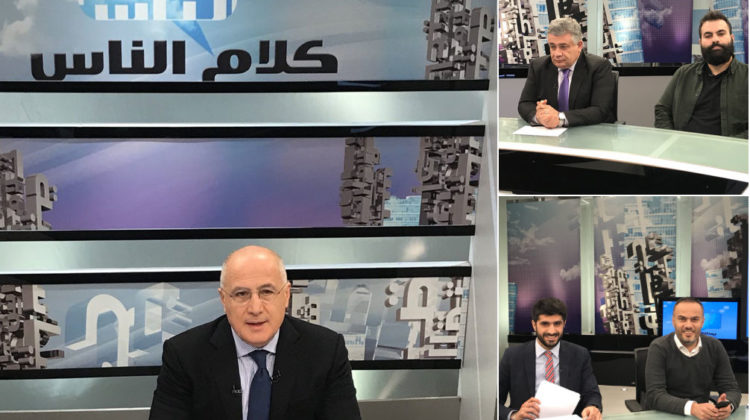 I was eagerly looking to see what Ziad Doueiri has to say on Kalamennas last Thursday after his movie got nominated to the Oscars, which is a first for Lebanon. I was also intrigued to see what Doueiri’s opponents had to say about his nomination and boycotting and banning movies, and after Marcel Ghanem ended the episode, all I can say is that we seem to be moving backwards at an alarming speed in this country.

What I’ve learned from that episode and recent events is that the real problem is far from being a political one or even a sectarian one, and that restrictions on freedom of expressions are tightening even more in Lebanon. Whether Ziad Doueiri’s movies or “The Post” should be allowed in Lebanon is not about fighting or boycotting Israel, and this inconsistency over the years in censorships and boycott campaigns speaks volumes of the intentions behind them.

What I’ve learned is that there’s a major cultural clash taking place in Lebanon, between those who wish to impose his ideas on others, and who don’t remind sorting to violence or abusing their powers under any circumstances, and those who don’t believe in violence as a whole and are desperately trying to inject some common sense into others.

What I’ve learned is that cultural terrorism and bullying are on the rise in Lebanon, and that fear is discouraging a lot of people from voicing anger and frustration or even joking about some issues.

What I’ve learned is that it’s ok to have a pirated DVD on TV and throw rocks at a potentially Oscar-winning director inside a renowned university. What I’ve learned is that people don’t seem to understand the difference between a boycott and a ban or censorship, and that some journalists commenting on banning movies are clueless about the movie industry as a whole.

What I’ve learned is that our biggest problem is the unwillingness to even listen to others, or have a constructive talk instead of fighting and yelling at each others. There’s nothing wrong in being divided over a certain topic, but this ongoing bullying and name-calling will only make things worse.

What I’ve learned is that in 2018, we’re still debating whether movies and plays should be banned or not, whether Lebanese mothers should grant citizenship to their children or not, whether garbage should be burned or buried in the sea, whether it’s ok to beat up protesters and arrest them over slogans & FB posts or not, whether we’re allowed to make jokes on politicians and foreign countries or not.