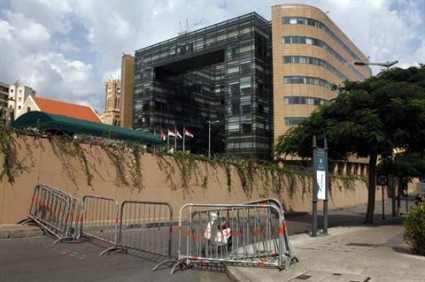 Following security concerns last month, ESCWA insisted that its headquarters in Downtown Beirut be relocated before completion of the new building to house the organization in Dbayyeh, a northern suburb of the capital.[Link]

As if the government needed an additional reason to tax us more or raise the VAT. Honestly, I couldn’t care less if they have a new building. Let them stick to the current one and let us provide a better security. Isn’t that much cheaper than the $187M plan they came up with?

Also, and if I am not mistaken, our most beloved minister of interior said they are just fixing the road and there’s no security threat. Looks like those works are going to cost us 200 Million dollars Mr.Charbel!!