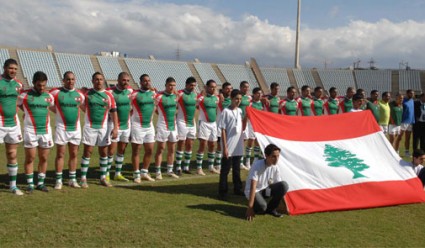 Our Lebanese National Rugby team was unable to qualify for the 2013 Rugby League World Cup after a 19-19 draw with the Italian team. This is the second time in a row they miss out on points difference. Talk about bad luck!

Lebanonâ€™s heart-breaking 19-all draw with Italy reflects just how close the Cedars were to the Azzurri throughout the tournament, and not reaching the World Cup is a bitter blow for a country whose growing domestic rugby league scene offers massive potential.

The Cedars also missed out on qualification for the 2008 World Cup on points difference, and Saturdayâ€™s result saw tears of despair among the long-serving Lebanon players who have failed to reach the last two tournaments. [Full Article]