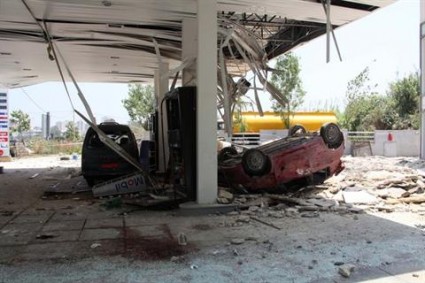 It is quite sad that something tragic needs to occur for Lebanese to wake up and realize the dangers surrounding them. Two days ago, a blast at gas station in Beirut left 7 dead. The next day, officials were raising concerns over safety measures adopted at gas stations and our dear minister felt he should share with us the fact that half of the gas stations in Lebanon are illegal. [DailyStar]

According to minister Gebran Bassil, we have 3250 gas stations out of which only 1450 have licenses, 700 with expired licenses and 1100 with no licenses whatsoever. [NowLebanon]

Added to that, we have almost four times more gas stations in Lebanon when compared to Italy and a gas station for every 1250 Lebanese.

I don’t know what our officials or ministers want to prove, but I would have resigned when facing such facts.

PS: There are two gas stations facing the one that had the blast, even though it is not allowed for gas stations to be built near each others.