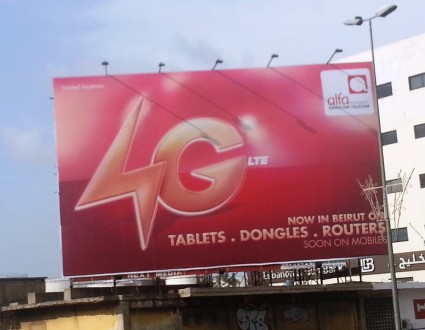 I tried the 4G SIM on both the Nokia Lumia 920 and Samsung Note2 and I couldn’t get a 4G sign even though I put the right configuration. I don’t know if I misunderstood Alfa’s official statement but they did specify a list of devices that work on the Alfa 4G network during the launch:

Here’s an excerpt from the DailyStar:

Yet very few smartphones and wireless devices currently sold in Lebanon support the new network and accessing it will come at a high cost to consumers. Alfa CEO Marwan Hayek said at a news conference that 41,000 devices in the Lebanese market are currently 4G, or fourth-generation, enabled, including the Nokia Lumia 920, the LG Optimus G, the iPad mini, and compatible Galaxy S3 and Note 2 models. [DailyStar]

PS: On a side note, thumbs up to Alfa for their improved customer service!