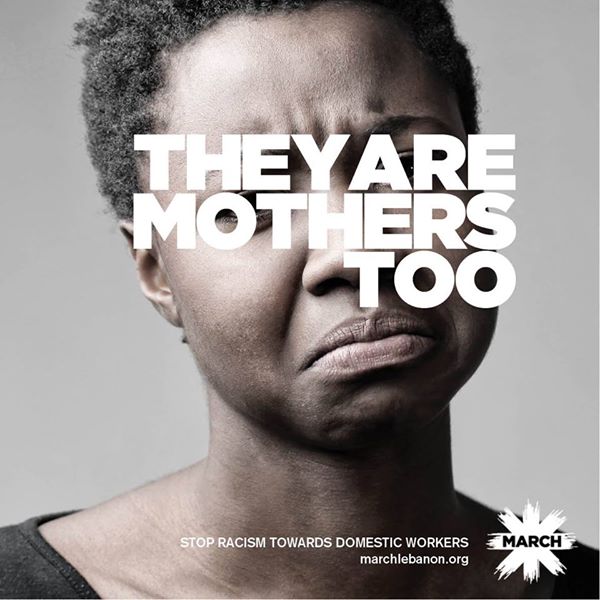 We celebrated Mother’s day on March 21 but it also happens to be the International Day for the Elimination of Racial Discrimination and on this day, MARCH Lebanon invited us to remember the thousands of mothers that came from around the world to work in Lebanon and support their families. There are over 200,000 migrant domestic workers in Lebanon coming from the Philippines, Madagascar, Sri Lanka, Nepal, Bangladesh and Ethiopia and working under horrible conditions that sometimes border on modern day slavery. In the past week only, two domestic workers committed suicide yet we barely heard about them or knew why they decided to end their life.

Unfortunately and despite the fact that racism in Lebanon is still widespread, the real problem has always been in the Kafala (Sponsorship) system that hasn’t been abolished yet and allows agencies and households to enslave the domestic workers and mistreat them. KAFA Lebanon once followed the journey of a migrant domestic worker (from Nepal and Bangladesh) from recruitment to working and shed the light on some alarming facts and stats. To list few: