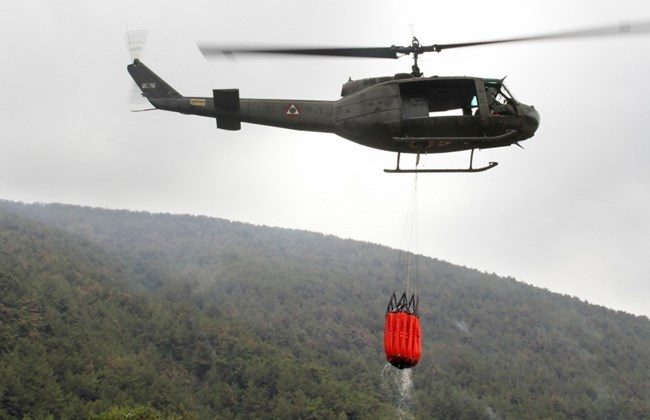 Civil defense teams and the Lebanese Army have been trying for three days now to extinguish a fire that has been raging in Keserwan. The fire started on Monday in the Ain el Rihane valley and spread quickly helped by strong and changing winds. Residential areas were never at risk but there was a huge black cloud of smoke over Jounieh for the past few days now and it’s still there.

The General Director of Civil Defense General Raymond Khattar stated that the terrain and winds made the fire difficult to contain but they would have probably taken less time if they were better equipped.

Last year, a massive fire destroyed a great part of the Betshai forest in the Baabda area and we had a couple of huge fires in Akkar this summer that the Civil Defense and army units were unable to contain easily.

Fire Fighters have old fire trucks, old equipment, no substances to fight the fires and sometimes barely any water. The first thing that the government should do is set up a decent firefighting unit and invest in fire prevention methods. Otherwise, forest areas will be less than 13% by next year.