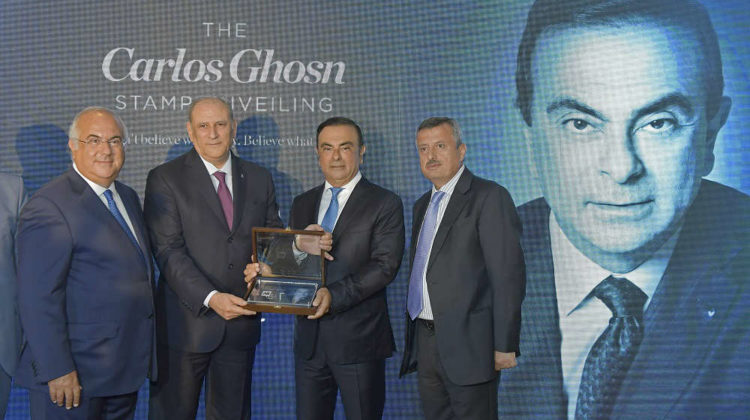 A stamp honoring Carlos Ghosn, one of the world’s most respected business leaders, was unveiled today by LibanPost during a ceremony at Zaitunay Bay. It’s another edition to LibanPost’s series of collectable stamps and the first time that a stamp carries the name of a businessman.

Carlos Ghosn, also known as “Mr Fix It” is currently chairman and CEO of the Renault-Nissan Alliance, the automotive collaboration of France’s Groupe Renault, Japan’s Nissan Motor Co. Ltd. and Mitsubishi Motors Corp. He is the auto industry’s longest-serving current CEO and the first ever executive to run two companies on the Fortune Global 500 simultaneously. He is famous for the Renault restructuring that he led in the late 1990s and for saving Nissan from bankruptcy in the early 2000s. 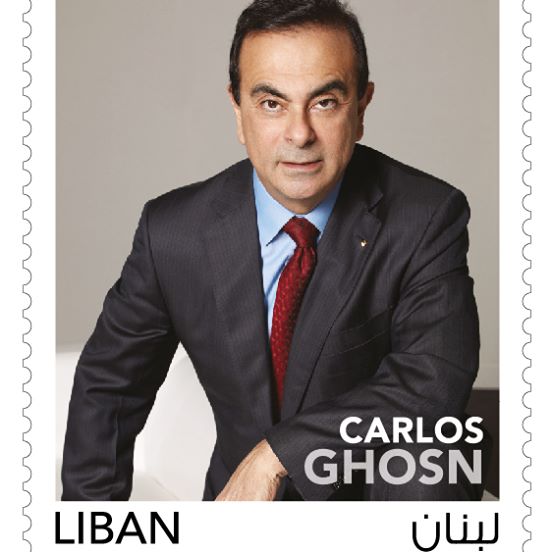 Here’s what he said:

“Time goes by so quickly,”. “I remember when I was 6 years old, I used to hide on the balcony of our apartment in Beirut and try to guess the brand of the cars passing by just from the sound of their horns. At six, I had become an expert in what later became my true calling. Today, I am proud to be leading the first automotive group in the world, which I had the opportunity and patience of developing throughout 17 years by marrying different cultures: the French culture, the Japanese, the Chinese the Russian and many others. Ghosn concluding his speech, saying: “All of this was only made possible because somewhere inside of me, there were Lebanese roots, roots that have from the very beginning allowed me to accept diversity and difference and turn it into a source of strength and richness rather than a source of weakness.”

Ghosn is an exceptional man and a source of pride to all of us Lebanese. I had the honor of meeting him once at Ixsir winery few years back and even had a small chat with him 😀