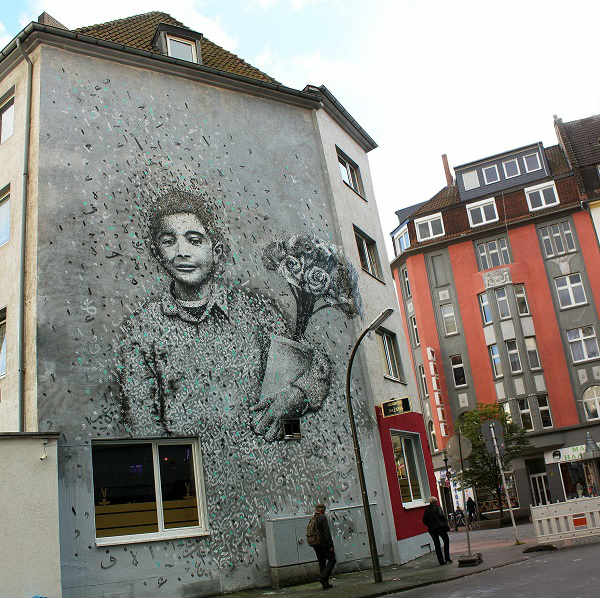 Fares is a little Syrian boy who used to sell flowers in Hamra and was loved by everyone. Fares came back to his hometown in Syria a while ago but was unfortunately killed by an airstrike (as per his brother). Children are unfortunately paying the highest price for Syria’s war and there are hundreds if not thousands of children like Fares out there.

Lebanese graffiti/street artist Yazan Halwani decided to paint Fares “on a building in Dortmund (Germany) during the Huna/K festival, so that he can keep on spreading his positive vibe, and charming pedestrians to buy flowers from him”. His only regret is that he didn’t paint Fares while he was still alive.

I loved the initiative and the mural is amazing! Thank you Yazan! 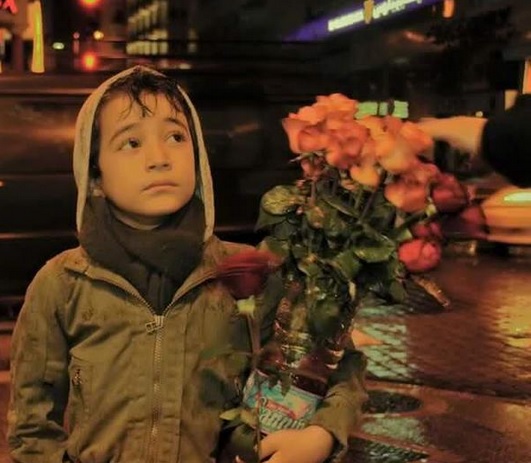