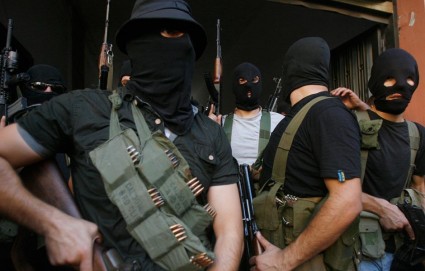 VDL (100.5): Interior Minister Marwan Charbel confirmed that the army freed the four kidnapped Syrians and arrested Hassan al-Meqdad who is the head of the clan’s military wing.

The abducted Turkish national Tufan Tekin was wounded in the raid apparently, while security sources are saying he was transferred to Bekaa.

Some good news for a change. It looks like the Mokdads are not going to get away with it after all. Let’s just hope things won’t go out of control after the Pope’s visit.