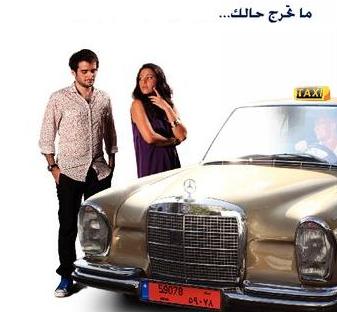 Rami posted earlier this week a letter by a certain Mr. Nazih Sanjakdar to BankMed concerning their latests ads.

The ad is based on a social prejudicial assumption. The bank is directly and shamelessly adopting a social vice and a tremendous mistake in the way people are currently considering things. A car, by definition is a mean of transportation and not in any way a social or masculine instrument to attack success, or the other sex.

I am not sure in what world Mr. Nazih is living, but this is how a car is seen in Lebanon and this is how superficial the society is (not all of it of course), whether you like it or not. Accordingly, the ad depicts a reality in a funny way and the bank in question has nothing to be ashamed of. On the contrary, most Lebanese i know loved the ads!

In fact, if they gave more time to the ad, they should have depicted the guy inside the night club hitting on the girl and bragging about his university degrees, his awesome well paid job, his “chalet bi Faraya”, his “chalet bi Edde Sands”, his 100$ gym monthly subscription, his “ATV”, his “24/7 standby table bil BO18” and other B.S stories before they step out of the night club and she finds out he has no car. The ad would have been hilarious!

Anyway, and without further elaboration, i suggest you chill Mr.Nazih because the ads are really not that terrible!

Do you have a car by the way? Just out of curiosity.