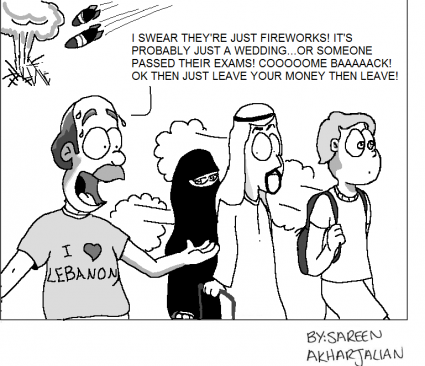 Two four-star hotels, Acropolis and Century Park, have been recently closed in Kaslik due to low tourism.

“The hotel had financial difficulties and I was informed by the owners that it has gone out of business,” Pierre Achkar said. He added that last month saw Century Park, a 70-room Kaslik hotel, closing. Lebanon has suffered from low tourism throughout 2012. The most recent figures show the number of tourists declined by nearly 18 percent in the first 11 months of 2012, compared to 2011. Last year had already seen a sharp a decline in tourism, meaning this year’s decline stands at more than 37 percent, if compared to 2010. [DailyStar]

Great start to the Tourism Ministry’s 50-day campaign of travel packages and shopping discounts to attract tourists from the Arab world.