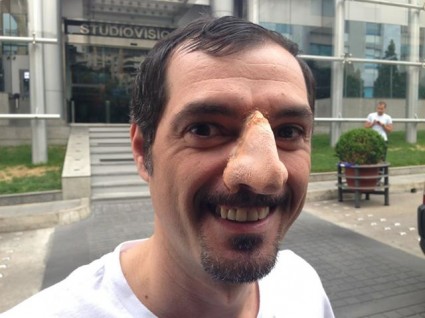 One of the many characters Adel plays

According to this article by Al-Akhbar, MTV are preparing a show similar to Bassem Youssef’s El Bernameg that will be hosted by Comedian Adel Karam. I like Adel and he’s a very talented comedian but I never imagined I’d see him running a show similar to El Bernameg as it’s quite demanding; so I am interested in seeing the outcome specially that Ma Fi Metlo has become a bit boring lately.

The closest thing that we have to El Bernameg right now in Lebanon is Chi.N.N, but I don’t like it and don’t think it’s a good show to be honest.