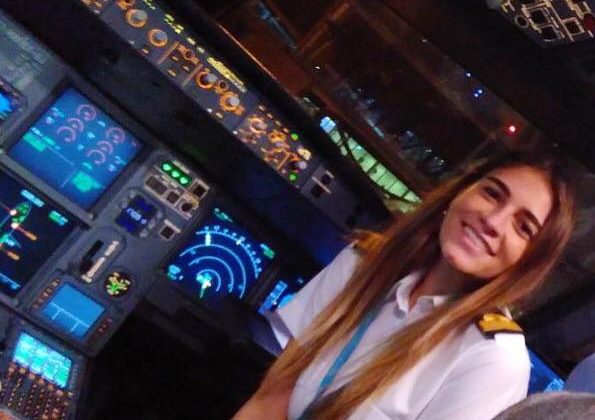 Rota Hoteit is no longer the only female airline pilot in Lebanon as Erica Chbeir has recently joined the Middle East Airlines and is currently a First Officer aka Copilot. I was also told that a third female cadet pilot might be joining soon but I can’t confirm it yet 😀

Given that only 3% of the airline pilots around the world are women, I think it’s great to see two female pilots (and soon hopefully three). Thumbs up to these women for being role models to many aviation enthusiasts and especially to Rota Hoteit for paving the way for other women. Rola has been with the Middle East Airlines for 21 years now and was selected out of 2000 applicants back when she applied.

It is worth noting that the first woman to ever fly an airplane in the Middle East was Genevieve Gemayel, the wife of Pierre Gemayel, Kataeb’s founder, back in 1928.