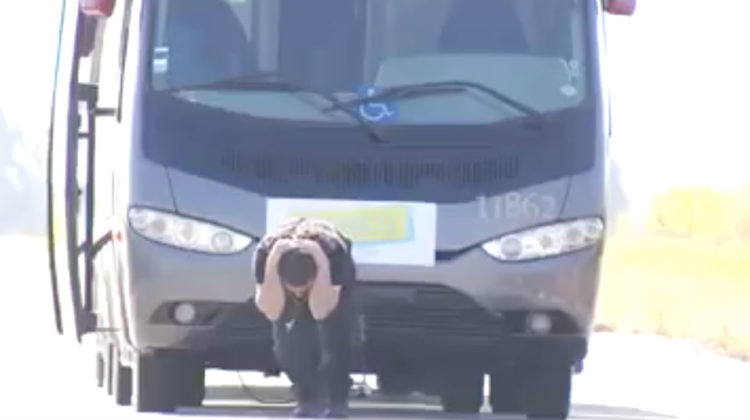 I’m sure most of you have heard about Chamchoum. Well Alex Riachy is Chamcoum’s son, he’s well known for his superhuman stunts which include dragging trucks with his ponytail and breaking large rocks with his hands among other things.

Alex was apparently taking part in some Brazilian show called Pânico na Band and managed to pull trucks weighing 12 tons with his ponytail. Someone should ask him what’s his secret? Is it some secret shampoo or Nicolas al-Osta’s songs? LOL!