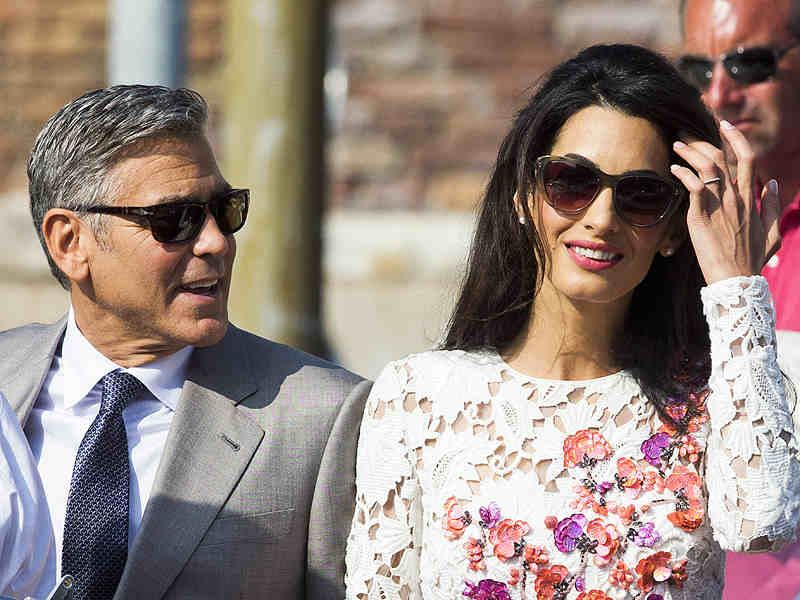 There’s no doubt that Amal Alamuddin is a fascinating woman and deserves to be among the most fascinating people of the year, but it’s not of her very high profile marriage to George Clooney. Honestly speaking, it’s rather insulting and disrespectful to Amal to be named the “Most Fascinating Person” for marrying Clooney only.

Amal Alamuddin Clooney snagged a perennial bachelor in wedlock and became the most-envied woman in the world.
That’s one of the reasons why Barbara Walters has crowned her Most Fascinating Person Of 2014 in an ABC News special that aired Sunday night.
As Barbara pointed out, the 36-year-old brunette stunner has been thrust into the public eye thanks to her very high profile marriage to George Clooney, 53.

At the start of the show Walters proudly told viewers that ‘most of our fascinating people are women this year’, even though her top 10 went on to contain five men and five women. But rather than focus on Amal’s successful career as a human rights lawyer, the TV host said she had been given the top spot because she snapped up Clooney as her husband. ‘You could say hers was the wedding of the year, but let’s put it into perspective, it was really one of the greatest achievements in human history,” Walters said. [DailyMail]