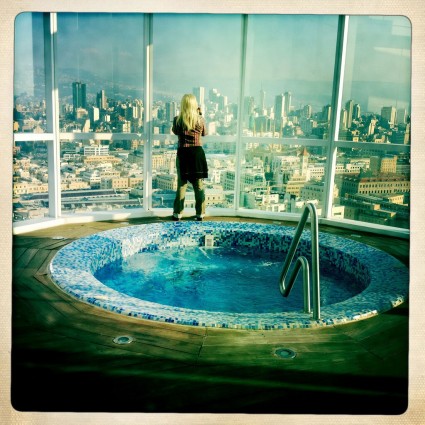 A woman looks down upon central Beirut from the top floor of the Four Seasons Hotel, Beirut. Picture by Cormac Walsh

The Middle East sees its ranking fall in Mercer’s 2012 Worldwide Cost of Living Survey due largely to a drop in rental prices.The survey found that Beirut is the most expensive city to live in this year within the Middle East, moving up eight notches to number 67.

Mercer’s survey factors in the cost of living for 214 cities globally. The consultancy compares the price of more than 200 factors in each location, including housing, transport, food and clothing costs. [Link]

Beirut has become so expensive that even expats no longer can afford it. Maybe we should stop building 1000 square meters apartments for Arabs to rent/buy and start building reasonable flats with rational prices for Lebanese and the average tourist.