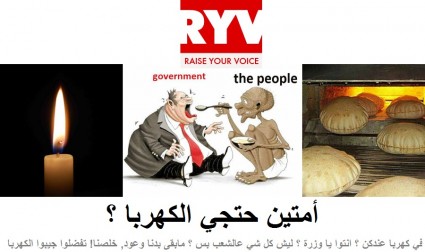 Two Lebanese government websites were hacked Saturday by a group aligned with the online hacking community known as Anonymous. The group Raise Your Voice (RYV) took down the websites of the Office of the Minister of State for Administrative Reform (omsar.gov.lb) and the Presidency of the Council of Ministers (pcm.gov.lb).[Link]

Last times were back in March and April.

Speaking of electricity, Lebanon Energy Minister Gebran Bassil said Wednesday evening that power blackouts â€œcould reach 15 hours per day. At this rate, the government will most definitely put an end to the hack attacks as no one will have electricity to hack in the first place.