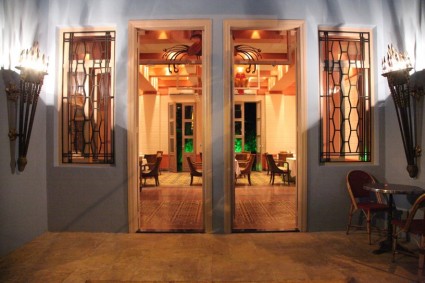 A new guesthouse in Mar Mikhail has been featured in the New York Times. Villa Clara Villa is located on Khenchara Street, Mar Mikhael and is a “charming, affordable guesthouse filled with French antiques”. I should pay this place a visit soon and try out the light summer menu.

The tiny boutique hotel, its restaurant and guest rooms stocked with Parisian antiques, opened last year around the corner from an Asterix chicken shack and across the street from its neighborhood boucherie. But this was not Marseille or Lyon, it was the eastern edge of Beirut.

“A Frenchman can easily live in Beirut without feeling displaced,” said Mr. Gougeon, who moved to the Lebanese capital from Paris in 1999, as he sipped local wine in Villa Clara’s leafy backyard after cooking a dinner of crispy-skinned duck confit and old-fashioned île flottante.

For more than a century, through all manner of turmoil, including a 15-year civil war and, more recently, ongoing conflict in neighboring Syria, a distinctly French character has pervaded the city. Much of it is the legacy of the French colonial period — the mandate that lasted from 1920 to 1943 — but a cultural kinship goes back much further than that.

I had come to Beirut to see just how much French influence remains, and discovered an East-West blend more complex and layered than ever. Having left the country for France during particularly troubled times, many affluent Beirutis have returned, bringing with them cravings for Parisian life. A younger generation, meanwhile, has embraced a new hybrid culture — a French, Anglo and Arabic stew — evident in shops and restaurants and trilingual discussions across the city. [NewYorkTimes]

See Also:Timelapse of 30 Years of Human Impact on Earth

This place is ideal for travelers who are visiting Beirut for few days or a weekend. Rooms are available at $165 with breakfast. You can check out more details on their website [www.villaclara.fr]. 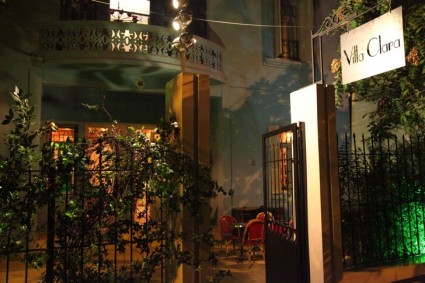 PS: The recommendations for hotels and restaurants mentioned at the article at the end don’t go really with Villa Clara as the hotels are the most expensive in town (Add Four Seasons Hotel to that list) and the restaurants listed are everything but affordable.