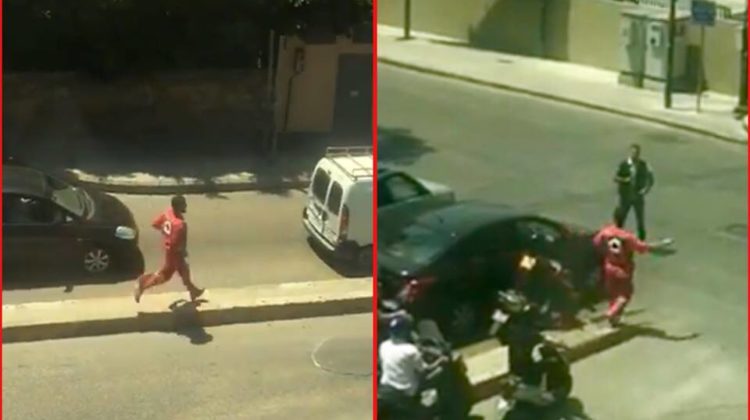 This is not the first and definitely won’t be the last time an ambulance is blocked by an armored convoy in Lebanon, however it was PM Hariri’s convoy that blocked the ambulance in the below video and he offered his apologies afterwards. Obviously, it’s good to hear him apologize but this is not enough, especially when the Red Cross medic stepped down and ran towards the armed personnel asking him to make way (but was dismissed of course). Oh and no one is exploiting the situation Mr. Prime Minister, we’re just fed up of being treated like animals for “security” concerns.

An apology is not enough because there should be a rule that ALL politicians have to follow when it comes to ambulances and other life-threatening situations. What if the patient being transported died few minutes before getting to the hospital? What if the delay made his condition worse? What good is an apology?

The part that pisses me off the most in such situations are those brainless men in civilian clothes armed with machine guns, yelling at people to stop so that their bosses can pass by. I understand there are safety concerns but there’s a certain way to do so.