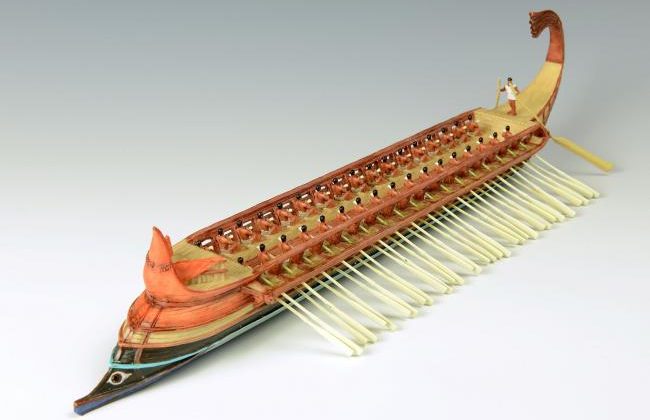 An exhibition on “The Daily life in Ancient Lebanon”, supported by by the British Museum, the American University in Beirut and the National Museum of Beirut, was hosted by Durham University’s Oriental Museum from June till September 25 2016.

The exhibition provided “an introduction to the culture and society of Lebanon in the ancient world and explored issues of faith, conflict, government, culture and trade in the ancient Levant”. It also emphasized on the fundamental role that the people of ancient Lebanon have played in shaping the history of the Mediterranean and yet, despite their importance in antiquity, they remain unknown to most people today.

Several ancient treasures were displayed for the first time ever in the UK and the exhibition was considered the centrepiece of a summer long festival of events at Durham’s university.

Two of the main aims of this exhibition is to “promote the rich cultural heritage of Lebanon at a time when perceptions of the country in the western world are heavily skewed by politics” and to engage with the sizeable Lebanese expatriate community in the United Kingdom.

Presenting the latest research and archaeological discoveries, the exhibition will explore topics pertaining to everyday life in ancient Lebanon with a particular emphasis on the natural development of an individual from birth to death. By drawing attention to the most important social and political institutions that an individual may have encountered, the exhibition is intended to provide an accessible introduction to the culture and society of Lebanon during the Bronze and Iron Age. The broad theme of the exhibition allows for the showcasing of current Durham University research into issues of faith, governance, conflict, culture, and connectivity within the ancient Levant. Through the presentation of both treasures and everyday artefacts – many of which have not previously been displayed in the UK – this research can be brought to life for a non-specialist audience. Moreover, by highlighting Lebanon’s rich cultural heritage, the exhibition will challenge the negative perception of the country held by many in the western world – a perception often heavily skewed by politics.

It is envisaged that the project will be predominantly student led providing volunteers with experience of designing and delivering all aspects of a high-quality museum exhibition. The project thus offers students a unique educational experience that has the potential to not only facilitate deeper learning but also to foster a critical understanding of the practical use of their studies. As the project is linked to Dr Woolmer’s undergraduate module the World of the Phoenicians – with many of the student volunteers sitting, or having sat, this module – the exhibition is further intended to promote and facilitate research-led learning.

You can read more about this project [here].