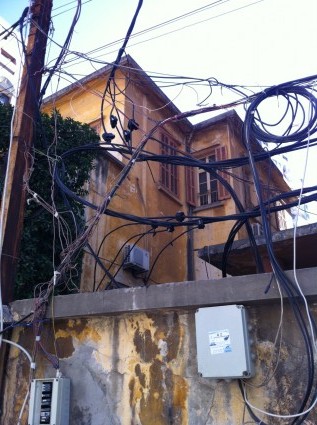 Despite the severity of the electricity crisis in Lebanon, there are plenty of solutions to end this crisis, but no will to do so. I’ve heard lately that two offers were made to the energy ministry and the Lebanese government that ended up being declined for unconvincing reasons. I will not go into details though as I cannot confirm 100% my sources.

Annahar published yesterday a very interesting study done by Electrical Engineer Ahmad Habli that I thought is worth sharing. What Ahmad Habli is proposing is not a different solution to the proposed one but a parallel solution that could end the long-running electricity crisis in a short period of time and provide an contingency plan on the long-term.

To sum up Habli’s plan in few words:

1- Set up 6 to 7 distributed generation plants in several areas in Lebanon capable of producing 600 to 700 Mega-Watts. These plants are less costly, allow collection of energy from many sources and may give lower environmental impacts and improved security of supply. [Wiki]

2- Launch an “Energy Exchange Project” between EDL and the private sector, in an attempt to exploit the full capacity of privately-owned generators in enterprises, hotels and other establishments. According to Habli, this could generate an additional 400 Mega-Watts and profit the private sector.

I think the plan is a very smart one, specially the first part where we will have back-up power sources (Emergency Standby) once the large power plants are renovated and enhanced.

You can read the original article [Here].