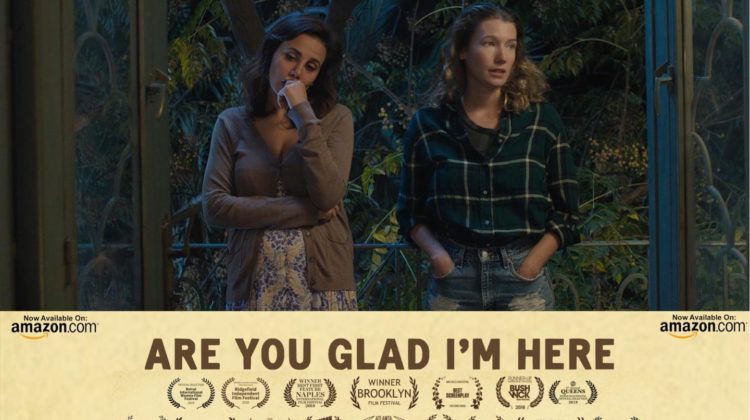 I’ve been meaning to watch this movie ever since I saw the trailer and it’s now on Amazon Prime. “Are You Glad I’m Here” is a film by Lebanese-American filmmaker Noor Fay Gharzeddine. This is her debut feature which premiered at the Atlanta Film Festival in April of 2018 and went on to 17 other film festivals throughout the US, Middle East and Europe.

The movie is about a millennial American girl who befriends a Lebanese housewife and disrupts her ordered life; one night they find themselves accidental partners-in-crime. It’s now available on Amazon Prime. I’ll share a review after watching it this weekend.