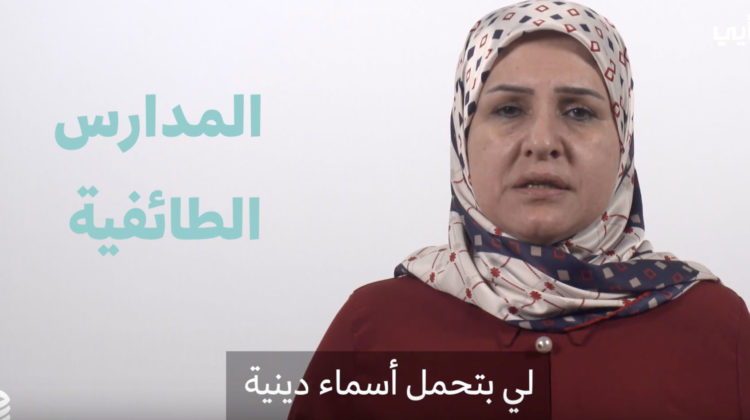 Wherever you go in the world, you will find streets, plazas, institutions and other places given religious names. This is mainly due to the fact that the Church was ruling at the time in Europe for example or North America. Lebanon is pretty much the same, as we find hospitals, universities, schools, streets and even retail shops given religious names.

Hospitals and universities have been there for decades, and were founded by missionaries like the American University of Beirut or Jesuits like USJ, so the naming does make sense, but what’s weird are these small shops like bakeries, butcher shops, restaurants or small $1 shops named after Saints and religious figures.

I’ve always found it funny to read “Supermarket St Rita” or “Mal7amit Saydit Bechwat” but people in Lebanon are still very religious and consider it a blessing rather than letting everyone know they’re Christians or Muslims.

This being said, I find it weird that this report would associate sectarianism to religious naming as it’s inaccurate. The “Room” hospital does not accept Orthodox patients only, St.Jude does not treat Christian children only and Broasted Chicken Al Zahraa2 does not feed Shiite customers only. So “الطائفية تلتهم حياة اللبنانيين” as a title to describe such a phenomenon is a tiny bit exaggerated to say the least.