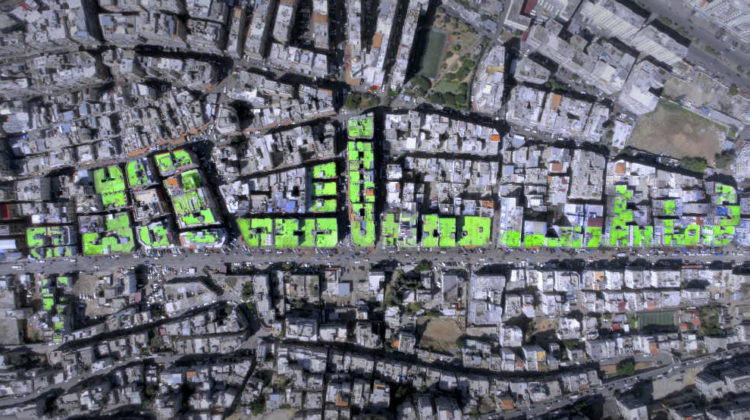 After three weeks of hard work, ASHEKMAN has finally completed a huge project in Tripoli where they painted a gigantic Arabic #Calligraffiti of the word #peace or #سلام on 85 rooftops in Syria street, which separated previously fighting neighborhoods of Jabal Mehssen and Beb el Tebbeneh.

The massive rooftop mural was made possible with the help of March Lebanon and over 50 young men and women from the area that helped Ashekman complete it. It’s great to see those who suffered through decades of fighting and neglect, help in painting a message of peace for the entire country and region from their own street!

Families were too afraid from roaming the rooftops out of fear from snipers during repetitive clashes, so this peace sign, which can be seen from the skies, helped achieve (in the words of ASHEKMAN) “a rare form of serenity, a state that we all search for but few find it”. Through this sign, ASHEKMAN is trying to “convey a bold and positive message to the rest of the world (and Aliens from space) that #Lebanon is a country of diversity, tolerance and peace”.

Next time you’re flying over Tripoli, try to capture the Salam sign 🙂 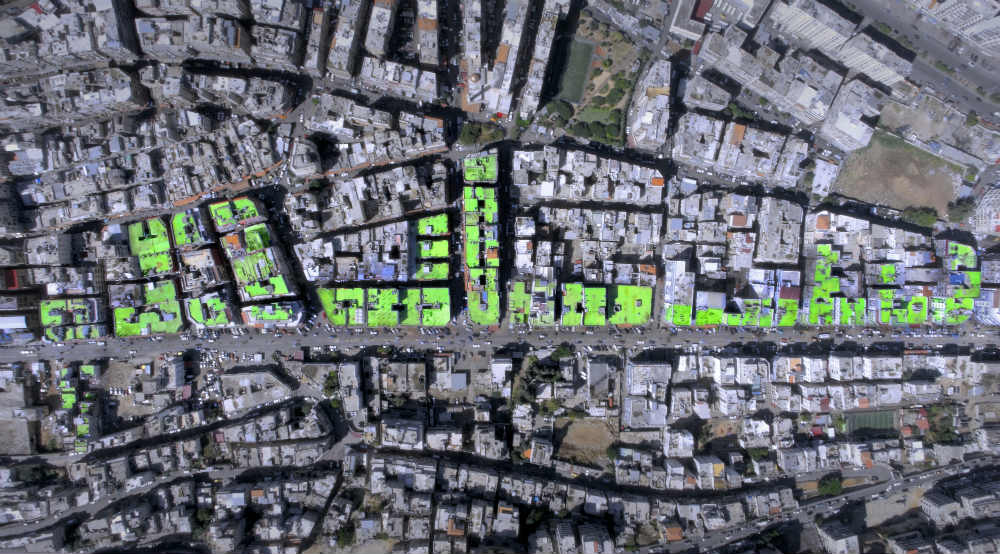