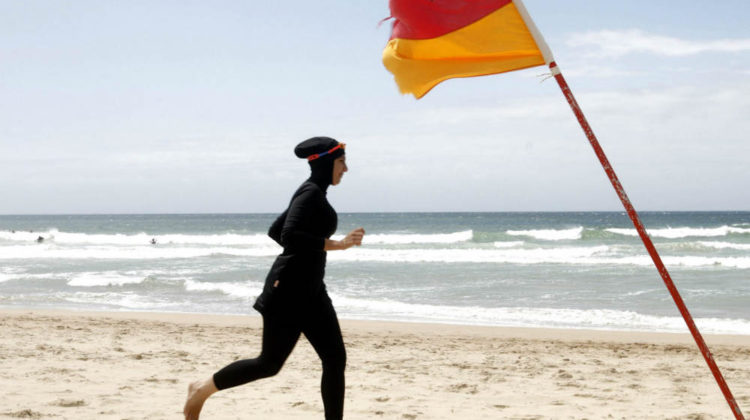 Yesterday, a woman called Noura posted on her Facebook that she headed with her family to a beach resort in the North called Miramar and kept being asked not to swim. She stated the the lifeguard first told her to get out but she ignored but three other men, including the manager, came and told her husband that she can’t swim. The family ended up leaving the resort and getting a full refund.

This is not the first time I hear about resorts banning Burkinis. It happened in France last year and caused an outrage and it’s probably happening at several resorts in Lebanon but going unnoticed.

To cut things short, here’s what I think about that incident:

1- Banning a woman wearing a Burkini from swimming is wrong and discriminatory.
2- Banning anyone dressed in pretty much anything from swimming in the BEACH is not just wrong but stupid. I can understand strict regulations when it comes to hygiene in a closed pool but on a beach?
3- Those claiming that women in Burkinis shouldn’t be swimming are worse than religious extremists who are offended by Coca Cola ads with bikinis in them.
4- I’ve been to Miramar before and asked friends around and this whole Burkini-banning thingy is not new. Why didn’t anyone report it before? Wasn’t the Tripolitan woman aware of that fact? Maybe Miramar should make it clear for new visitors.

There are so many wrongs happening at our beaches and in public resorts that I don’t even know where to start. Beaches should be accessible to all and no resort should be allowed to confiscate a public beach.

All in all, what happened is wrong and the management should apologize to the young woman and stop this nonsense but we all know that’s not gonna happen.