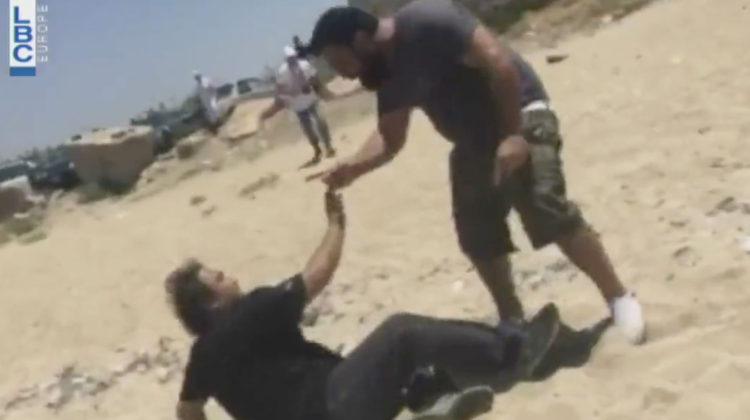 LBCI’s cameraman Samir Baytamouni was attacked and beaten yesterday when he was filming a report on Mansouri’s turtle sanctuary and the construction works around it. LBCI reporter Sobhiya Najjar luckily managed to get the whole thing on camera and the police arrested the 36 year old man who assaulted them. LBCI’s crew had to be escorted by the army intelligence out of the resort.

Unfortunately, this is not the first time a cameraman is assaulted in Lebanon and Baytamouni specifically has been attacked and beaten at least four times before back in 2015 during the #YouStink protests and in 2016 during another garbage-related protest. I also found an old story from 2002 where 6 photographers and cameremen, including Samir Baytamouni, “were assaulted by police at the site of a building that had just collapsed, killing four people, in Beirut’s Marzraa neighborhood”.

Looking at the video, Baytamouni could have been seriously injured if no one had stopped this pathetic excuse for a human being and the reporters was also under threat. Can you imagine what would have happened if she took a punch in the face? Of course the man will be freed in no time and they’ll probably claim he’s mentally deranged.

I’ve been meaning to go to Mansouri and film the turtles and the resort there but I’m having second doubts after what happened.