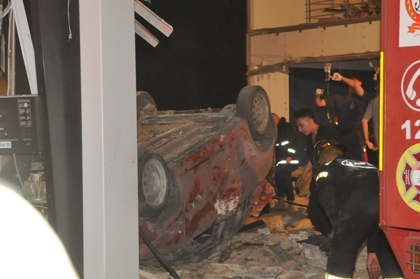 Seven people were killed and several others wounded Monday evening in an explosion in a fuel oil depot at a gas station on the outskirts of the Ashrafieh neighborhood of Fiat Bridge, state-run National News Agency reported. The bodies of five victims were moved to Hotel Dieu Hospital, while two other bodies were moved to Rizk Hospital, according to NNA. The gas owner is among the dead.
Al-Jadeed television reported that the explosion resulted from an electrical failure during a welding operation on a fuel oil tank. [Naharnet]

I don’t recall the last time we had such an unfortunate incident. Thank God though that the explosion did not take place during day time as it would caused way more kills. May the dead rest in peace.