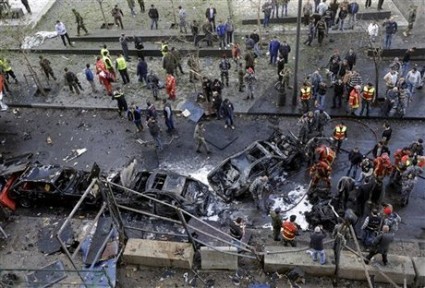 The last yet not official casualty toll of the Bombing that shook Beirut today stood at 6 dead and 71 injured.

The 6th person is still unidentified.

A video showing how powerful the blast was from inside Future TV studios.