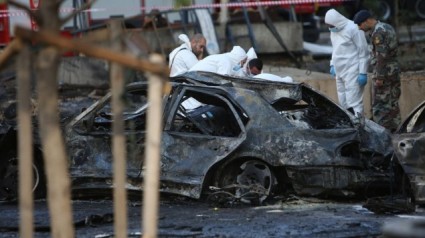 Every time a political assassination or a terrorist act takes place in Beirut, we get the same cliché reactions from most parties. TV stations making up stories and spreading lies and propaganda, politicians condemning and blaming their opponents, few sides accusing Israel or Syria by default, some people expressing their anger and frustration on TVs and social media channels, others burning tires and blocking roads etc …

Personally speaking, I try to stay away from spreading rumors and sharing sectarian comments and do my best by focusing on the human and tragic side of the story. The two stories that I shared yesterday left me speechless for few minutes when I found out about them, and the interview with Mohammad Chatah’s wife and his son yesterday night was a very emotional one.

Mohammad Chatah was a role model himself for a lot of Lebanese irrespective of his political affiliations. The man was a brilliant economist, a humble and decent man and a moderate thinker. He was one of the very few people I enjoyed listening to in Lebanon.

However, and even though we’ve unfortunately become immune to bombings and assassinations in Lebanon, this is not an excuse not to handle a crime scene seriously and take the proper measures to preserve the evidence and seal the bomb site right away. Security Forces might not be able to prevent bombings, even though I am sure they can do a better job than the one being done right now, but it’s no longer acceptable to see journalists, cameramen and random people walking all over the bomb site, politicians showing up with tens of supporters to make a statement on site, TV stations and random individuals recklessly rushing to film dead bodies and closeups on the cars, crowds gathered around the bombed cars and dead bodies etc …

It is our responsibility as Lebanese citizens to behave in a decent and respectful matter when it comes to an assassination like that and security forces should be the ones leading by example. A couple of pictures (see below) were circulating online showing Interior Minister Marwan Charbel visiting the bomb site with a group of 20 people and another showing the ISF Information Branch seemingly getting into an argument with the Lebanese Army Intelligence (not confirmed though). 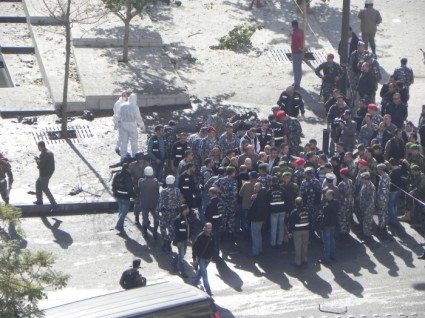 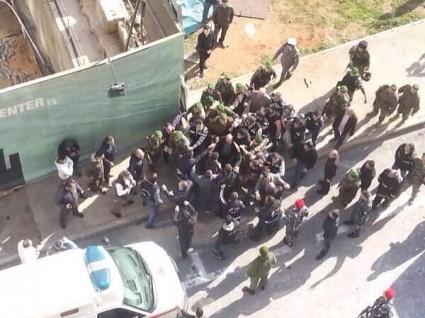 I am not interested in the details of what happened, but what I want is for the Interior Ministry and Lebanese Army to form a joint unit that handles strictly these crimes and deals with them professionally. We have the necessary units and equipment, all that is needed is a transparent and genuine collaboration between them. Moreover, I ask everyone to read how someone should react to an explosion or terrorist attack and spread it. Even if some people rush to help victims, they might be harming themselves, the victims and the investigation by doing so most of the time.

On a last note, I was told Gemmayze and Mar Mikhail were packed yesterday despite the bombing that took place earlier in the morning, and I am not sure if it’s a good or bad thing anymore. It’s one thing to get used to such tragic events and learn to move on and enjoy life, and another to view the death of political figures and innocent people as a normal thing. We should handle these matters the same way we express our love for life by acting responsibly and leading by example. This applies to every single detail in our everyday life not just bombings and assassinations. Let’s be the voices of moderation and reason Chatah was for a lot of Sunnites and Lebanese and keep people around us and younger generations away from extremism and sectarianism.

If we don’t do that, we’ll be digging ourselves a deeper hole. 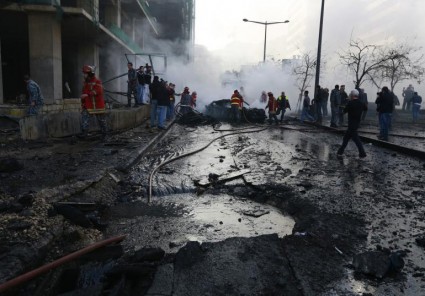