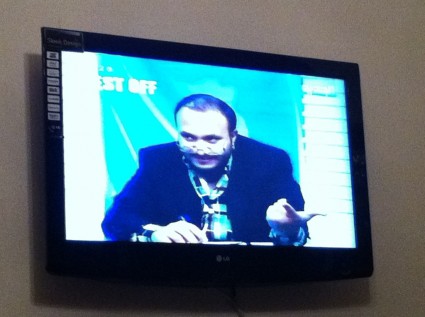 I didn’t know members of Meen the band were doing a TV show these days. This is probably because I never watch Al Jadeed.
It’s called “Chi NN” and they were showing the Best “OFF” some old episodes two nights ago.

I did not get a chance to listen much to what they said, but few sketches were quite funny. However, I could not but help notice the Best “Off” with two Fs. It’s probably a mistake from the show director because it doesn’t make sense if it’s done intentionally.

They should have put “Best Oooooooof” instead, would have sounded funny.