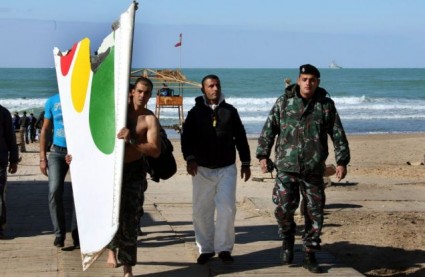 The verdict for the Ethiopian Airlines plane crash that killed 90 people, including 52 Lebanese is finally out and we still don’t know what happened.

Public Works Minister Ghazi Aridi revealed on Tuesday that the probe in the 2010 crash of the Ethiopian plane off the Lebanese coast, in which all 90 people on board died, points to a pilot error. â€œThe truth is in the Lebanese report, the pilot is completely responsible for the plane crash,â€ the minister said during a press conference held at Beirutâ€™s Rafik Hariri International airport.[Link]

Ethiopian Airlines said Tuesday the 2010 crash of its jet off Lebanon was likely caused by sabotage, a lightning strike or was shot down, rejecting an official Lebanese probe blaming pilot error. “The aircraft disintegrated in the air due to explosion, which could have been caused by a shoot-down, sabotage or lightning strike,” Desta Zeru, vice president of flight operations for Ethiopian Airlines, said in a statement. [Link]

Did we really need two years to come out with such conclusions? This is pathetic!