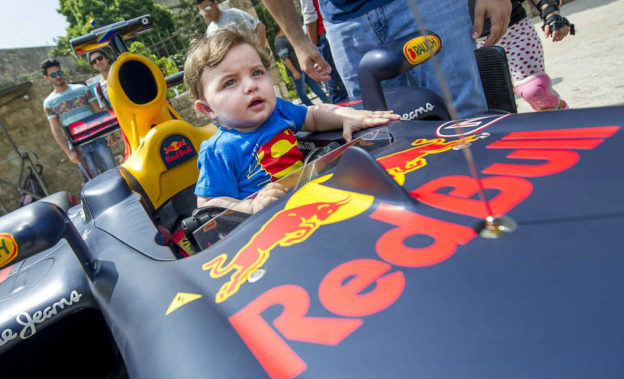 Prior to the F1 showrun that took place a couple of weeks ago, The Red Bull F1 team made two stops in the Cedars and Byblos. Since I couldn’t take Brian to the show run given how noisy and crowded it will be, I thought of taking him to Byblos where a private shoot was taking place the day before.

I know he’s too young to understand what an F1 car is, but it might take years before we see an F1 car in Lebanon and he might not got the chance to sit in a real Formula 1 car so I had to grab that opportunity and capture the moment. 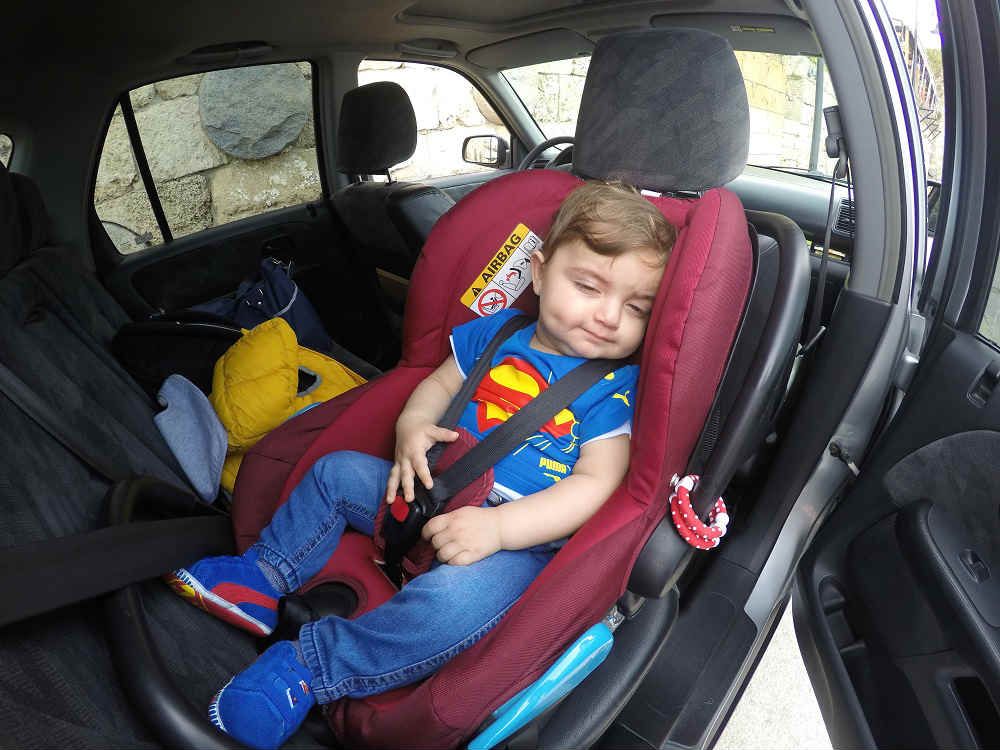 I headed to Byblos early in the morning, had breakfast with Brian at eBaladi and walked around in the souks while waiting for the Red Bull team to arrive. I had to make sure his clothes stay clean before the shoot but it was an epic fail. He spilled water on himself and on my man2oushe so I had to change his diaper and pants later on in the car. Trust me if there’s anything worse than cleaning bottles, it’s changing diapers in the car lol!

As soon as Red Bull got there, it took them almost an hour to bring down the car and decide on a shooting spot. Once done, I waited for instructions to take pictures with the car since no one was allowed to get anywhere near the car. 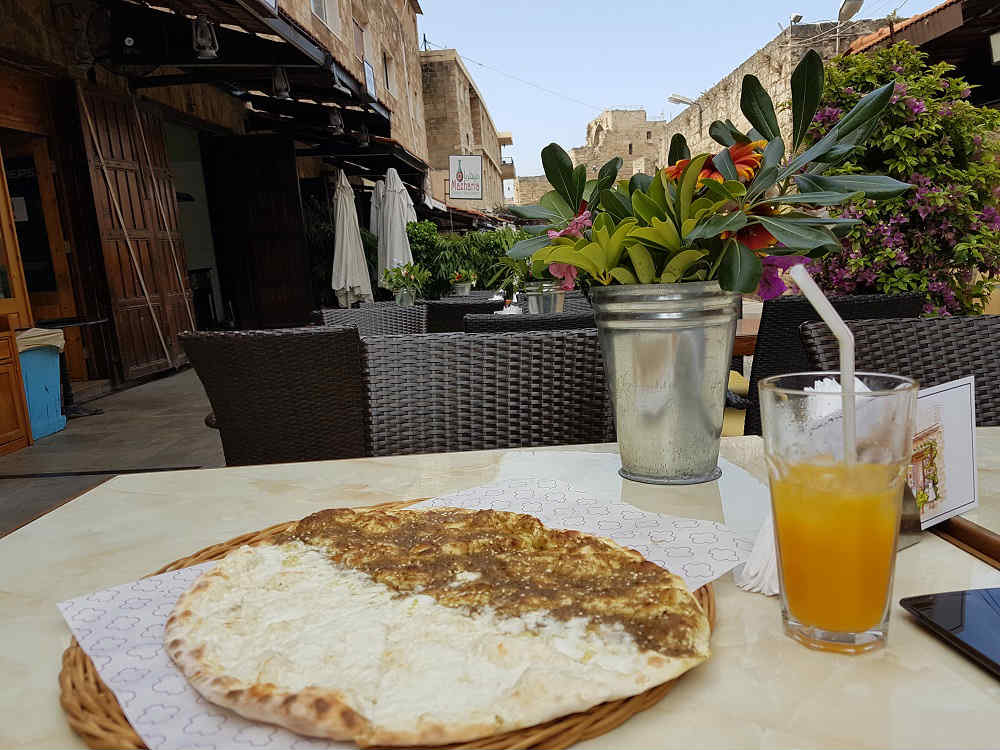 Once we were given the green light, Brian & I got a couple of awesome shots with the car and I was even able to put Brian for a few seconds inside the car. He couldn’t care less of course but I’m sure he will look back one day and appreciate these pictures. 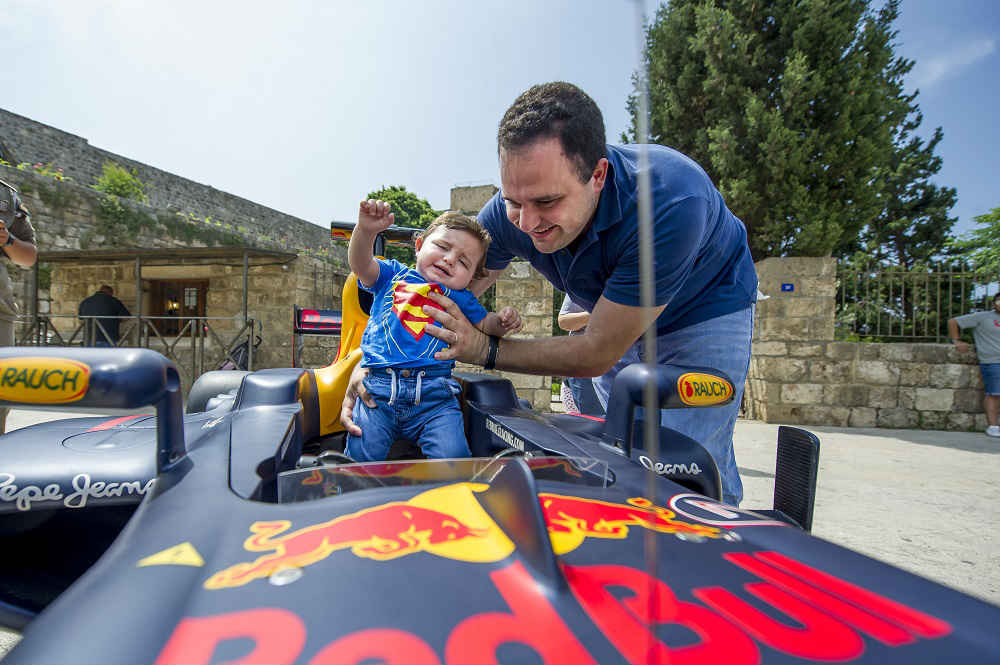 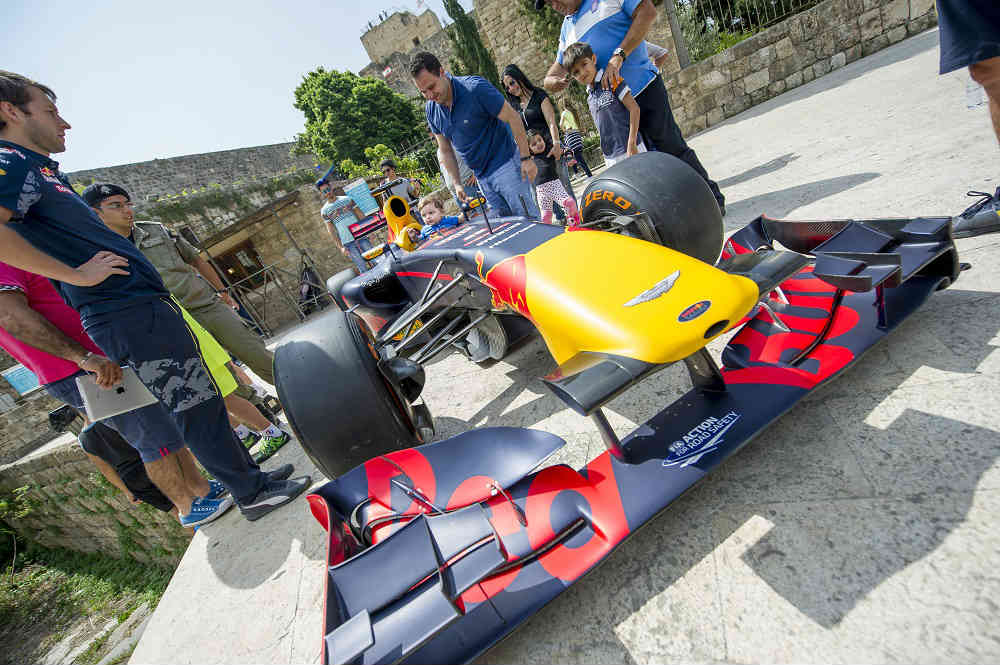 Next on the list is taking Brian and the wife to attend an F1 Grand Prix. 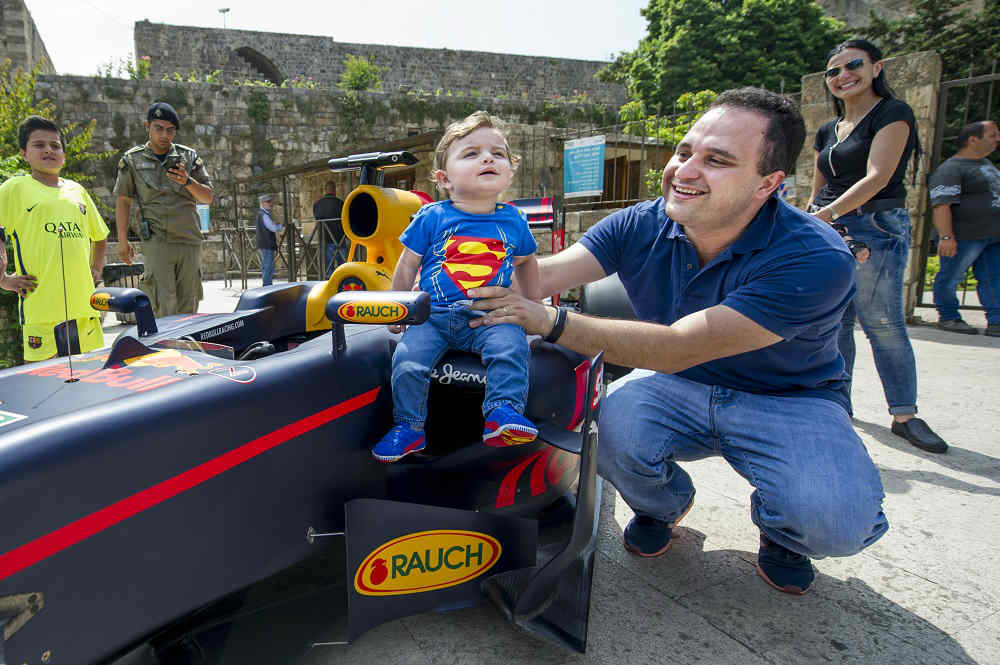 Special thanks to the Red Bull Lebanon team and Red Bull for making that happen!