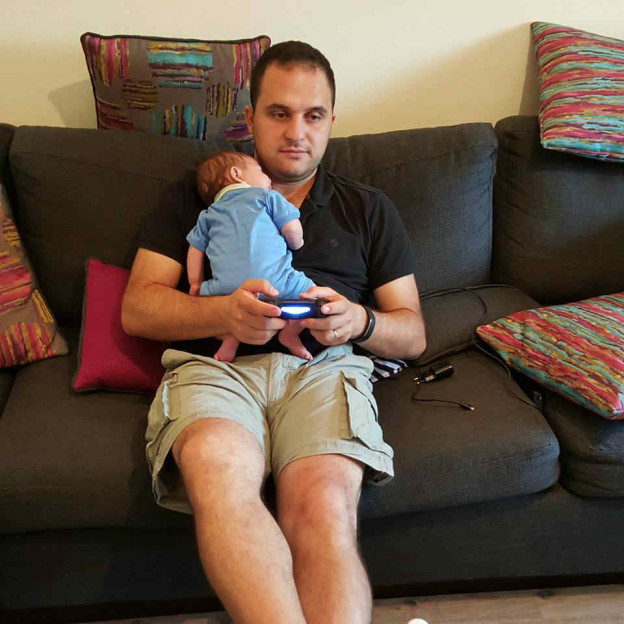 I was looking at dad blogs before writing this post but I couldn’t find any in Lebanon or the Middle East. I know it’s not very common for men to share their experience as parents and that most people here in Lebanon think that mothers are the ones who should be doing everything, but I don’t agree with that as both parents should be involved in my opinion and I’m sure most studies agree with me. I don’t understand dads who refuse to hold the baby while he’s still an infant (less than 3-4 months), or don’t like changing his diapers or feeding him or showering him and I’ve met plenty of them already in Lebanon. These are all “women” tasks for them which is an ignorant thing to say. If anything, the mother needs her husband’s support at the early stages especially if pregnancy was hard and she’s still recovering physically and emotionally.

Personally speaking, I held our baby even before my wife did in the delivery room. I used to take most of the night shifts during the first two months, I learned how to change his diapers and I shower him every day now. In fact, baby shower time is my favorite part of the day now, and I insist on doing it even when I’m exhausted. Time spent with the baby in the early weeks can make things much easier for the parents and the child later on, and makes fatherhood more rewarding and enjoyable.

You no longer have a life when you become a father:

I’m sure you’ve all heard that sentence before and I also don’t agree with it. Things were quite tough in the first couple of months mainly because the baby would wake up every 2-3 hours to eat but you can easily manage your time when he starts pulling an all-nighter. As far as outings are concerned, you will need to plan them differently but if you have helpful parents, cousins or even friends who don’t mind babysitting then you’re fine. 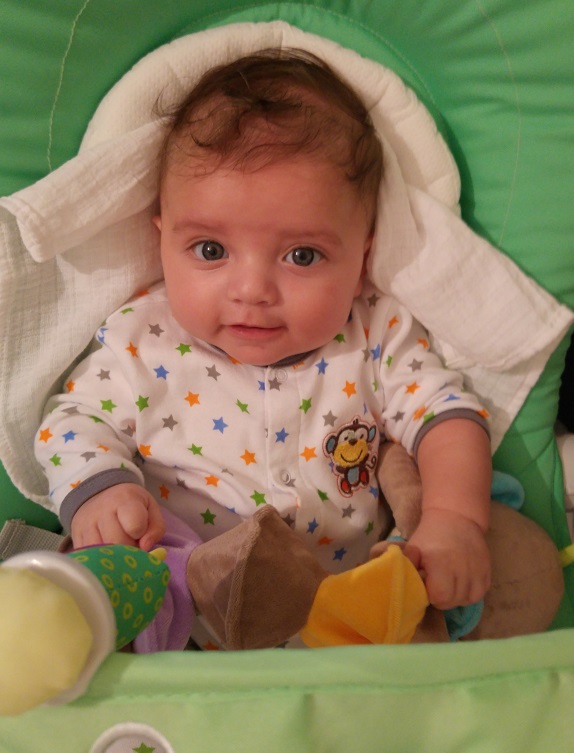 All in all, there are so many things I want to talk about but I will keep it short for now and prepare other posts for future use. A baby is a huge responsibility but it’s the best thing that has ever happened to me and it keeps getting better every day.

PS: #BlogWaladi was an idea my brother and his wife gave me last Christmas as gift. They altered the blog’s logo, put Waladi instead of Baladi and printed it on a baby onesie.