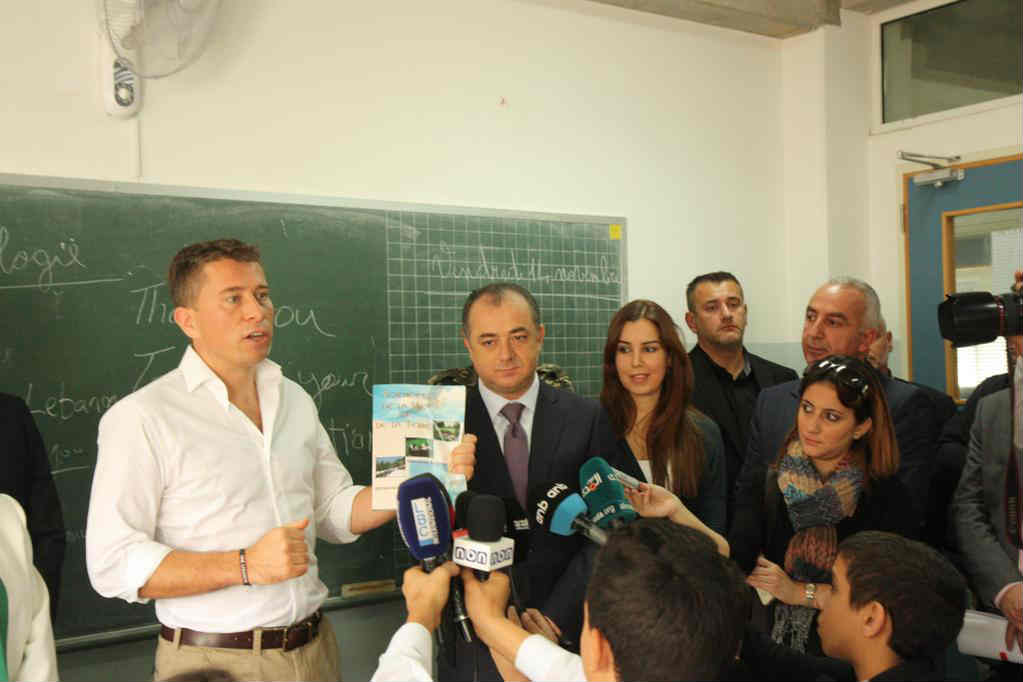 Public schools in Lebanon can accommodate up to 300,000 students and there are 275,000 students expected to enroll in the 2014-2015 academic year. The remaining 25,000 are usually allocated to refugees however there are 400,000 Syrian refugees wishing to enroll in public schools next year, which means that the majority of Syrian children in Lebanon will be left out of school and with no education.

In order to help us cope with this catastrophic situation, British Ambassador Tom Fletcher announced during a tour of one of the public schools in Beirut’s suburbs that the UK is donating almost $50 million dollars for schools and related projects in Lebanon. This will help over 400 public schools accept further Syrian students and will allow every child in Lebanon to have a set of textbooks.

Education is the strongest weapon against terrorism and extremism and it is our responsibility to help out these vulnerable Syrian students. 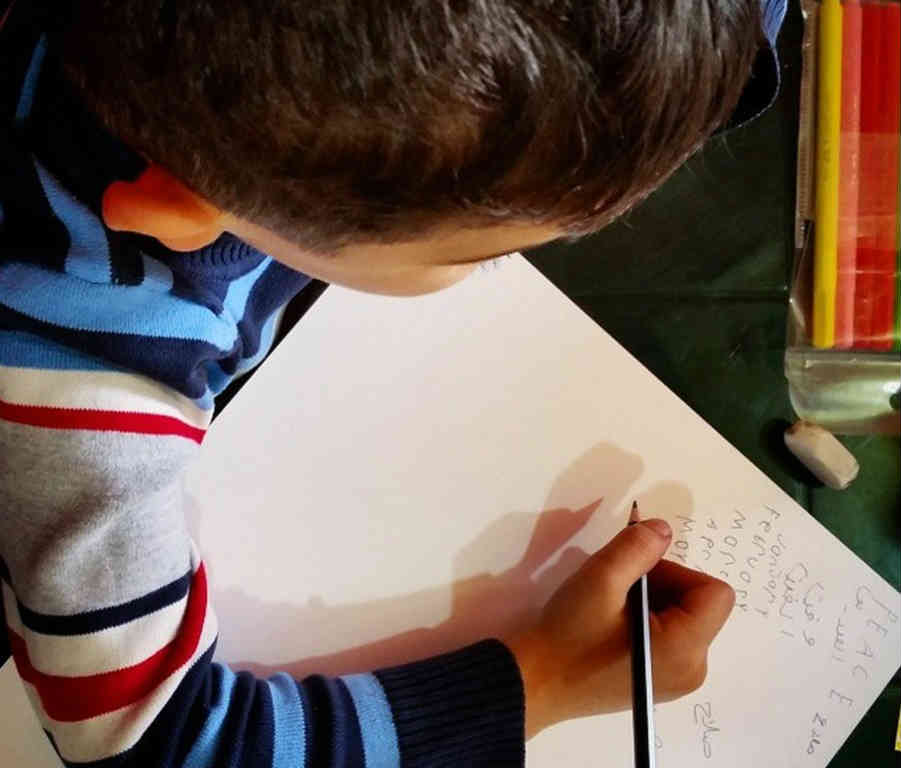 This young Syrian boy never went to school. He fled his country when he was four, and enrolled in school in Lebanon as a kindergarten student last year. This year, he was not allowed to enroll in school. Even though he can’t read or write, while the rest of the children were drawing the cliché smiling suns and square houses, he chose to redraw words he saw on the walls around him. He drew from right to left, like Arabic, but it was the months of the year in English. Picture by Gino