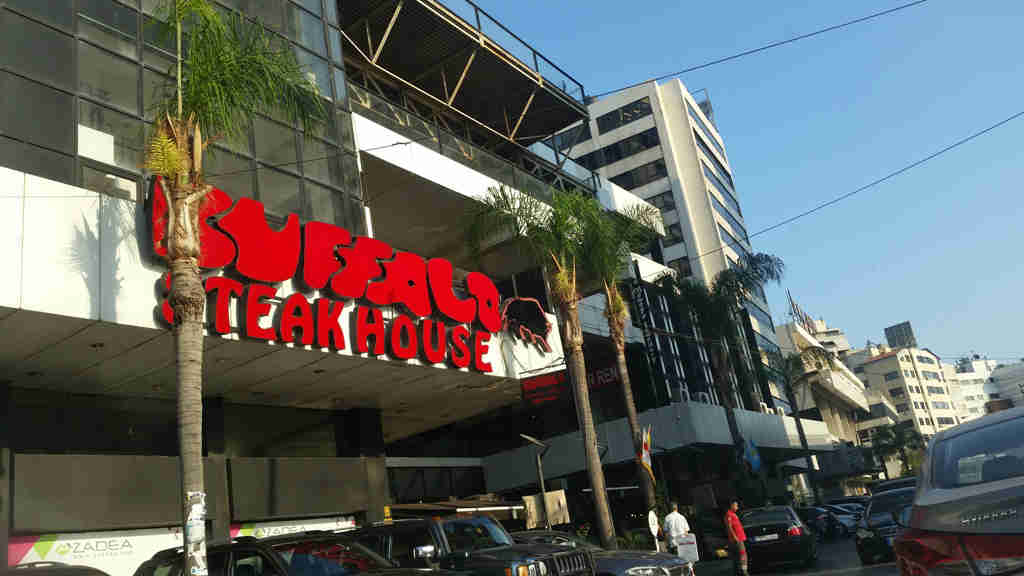 I wonder if it’s a good idea to open a steak house in the middle of Kaslik. I don’t recall any other restaurant opening in that center next to Lina’s but most of the diners, cafes and burger joints that opened on that street ended up closing down, except for Crepaway, Zaatar W Zeit and Burger King.

I will definitely pass by and give it a try as I’ve never been to Buffalo Steak House before.

Update: It looks like it opened in April. Thanks Ryan!