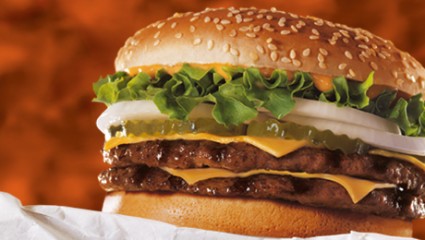 I was with a friend few days ago and we passed by Burger King Jeita as he wanted to pick up a Whopper meal. They asked him if he wanted big fries and coke and he was fine; however he asked them if they could give him a can instead of the big cup as he doesn’t have a cup holder in the car. The BK guy apologized and said that they don’t have cans even though we could spot them in the fridge from our car.

So my friend pointed at the cans telling him that they do have some, so the BK guy replied that he doesn’t have lots of them, so he can’t give us any. They are just for delivery. My friend ended up cancelling his order and leaving.

Why can’t they give out cans if they are available and being delivered? What’s the difference between a delivery service and a drive-thru service? I am seriously considering going back to that same Burger King branch, ask for a can and if the guy says no, park right outside BK and order a delivery.