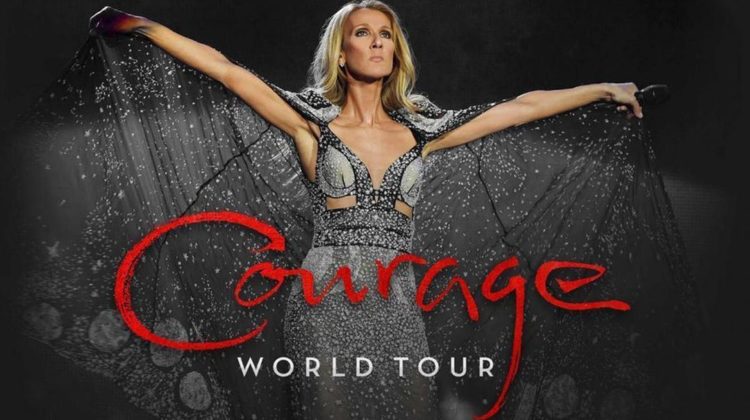 After suffering a backlash following the cancellation of both Mashrou’ Leila and Within Temptation’s concerts at their festival this year, Byblos are desperately trying to make amends for and recover from their disappointing 2019 residual lineup, and it seems they are already up for something big for next summer.

In a surprising post to their social media platforms today, a photoshopped version of Celine Dion’s European tour teaser posted a couple of days ago stated “See you soon, Beirut! Love Celine”.

The video announcing the tour points to the locations to be visited, highlighted by the languages spoken in each country. Arabic, however, is not featured.

While Celine Dion’s website doesn’t state the concert’s date yet, it is also yet to state any date of her upcoming European tour, to be announced in the upcoming couple of weeks, with Paris’ stop scheduled for July 2, 2020 at La Défense, in a very recent leak, and tickets going on sale as early as October.

This leads to the speculation that her concert in Lebanon will be around July/August, depending on the extent of her tour.

Still weird to see the word “Beirut” used by “Byblos”, perhaps in reference to Lebanon, rather than the location of the concert itself. But what is not weird, is the announcement coming this early, since tickets are expected to be quite expensive. Talks about her organizing a show in here have been circulating around since 2012, but she is certainly more affordable than 10 years ago today, when she was at her peak.

Nevertheless, a new album is dropping by on November 15, 2019, and an eponymous tour, “Courage” will pass by Jbeil.

The concert, in collaboration with Mix FM, will be announced on Thursday, September 26.

You can enjoy the first 4 songs coming off it, 3 of which have been unveiled a few days ago: