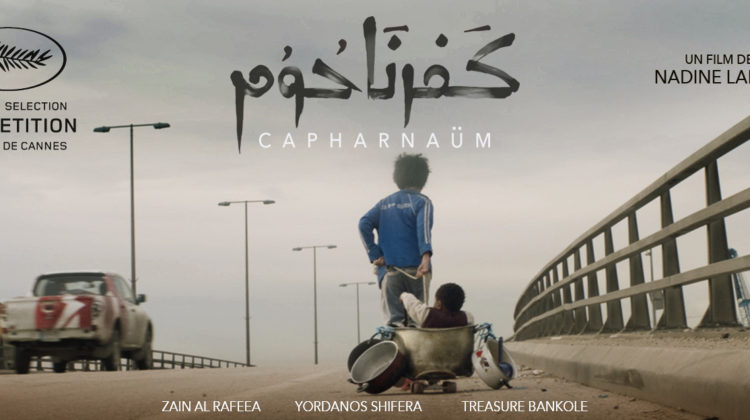 Nadine Labaki’s latest film, “Capharnaum“, earned a massive 15-minute standing ovation following its premiere at the Cannes Film Festival and people are already favoring her for winning Cannes’ top honor on Saturday. The distribution rights to the movie were already purchased by Sony Pictures prior to the movie and we should expect “Capharnaum” to be competing for next year’s best foreign language Oscar, which would make it an awesome and unprecedented feature for Lebanese movies after Ziad Doueiri’s Oscar nomination for “The Insult” this year.

Here are a couple of excerpts from [Indiewire] and [variety]:

With only a couple days left before the Cannes jury announces this year’s prizewinners, the festival may have saved the biggest Palme d’Or contender for the end. “Capernaum,” the new drama from Lebanese director Nadine Labaki, earned a massive 15-minute standing ovation following its May 17 premiere at the festival, according to the glowing first reactions. Numerous members of the press reacted strongly to the film on Twitter following the screening, with many predicting “Capernaum” walks home with the Palme d’Or.

Proving herself an astonishingly accomplished director of non-professional performers as well as a measured storyteller, Labaki draws attention to the plight of children in Beirut’s slums and the Kafka-esque bind of people without ID cards. While this is unquestionably an issue film, it tackles its subject with intelligence and heart.

Prizes are almost a certainty, and not just because juries might be more prone to awarding women directors in this particular moment in history — no wonder Sony Pictures Classics snapped it up in the Cannes market for Stateside distribution, since this is one Lebanese film sure to do significant business at art-house cinemas nationwide.