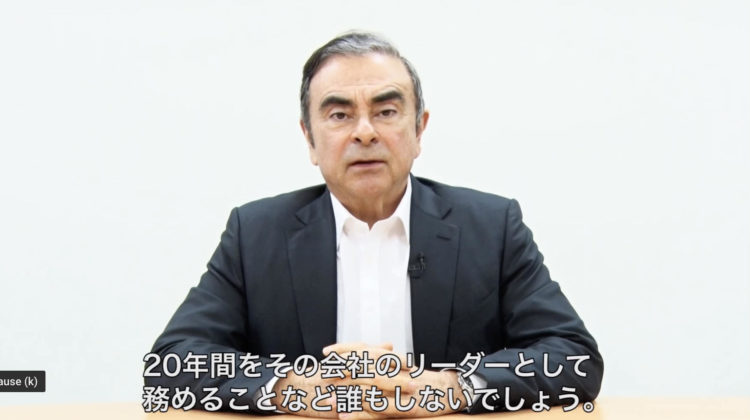 Former Nissan boss Carlos Ghosn released a long anticipated pre-recorded video where he accused former executives at the firm of “backstabbing” and said he is innocent of all charges against him. He claimed to be a victim of a “conspiracy” and demanded a fair trial.

The video came out after Ghosn was re-arrested in Tokyo on Thursday for the fourth time, accused of diverting millions of the automaker’s dollars into a company he controlled. This comes less than a month after the Brazilian-born executive was released from prison after nearly four months in solitary confinement.

Ghosn is now back at the Tokyo jail where he was held for 108 days until he posted $9 million bail in March. Prosecutors can hold Ghosn until April 24, after which they must indict or release him. [CNN]