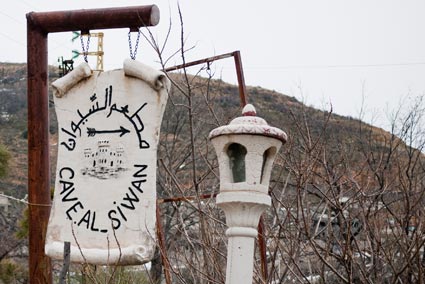 Whenever I am in Lebanon I like going up towards Faraya and having lunch at Al Arzal. The past few times I’ve been there though the food wasn’t as good and the fact that they don’t have tabbouleh which I’ve suddenly fallen in love with after 30 years of hating it meant I needed to find a new place. I wanted to try Al Balad in Faqra but they close during the winter so we decided to find a new place. After asking some friends we were pointed towards a place called Jalsat in Mayrouba. When we got there it turned out to be a place that serves burgers and sandwiches, a place which actually would be cool to pass by after a day of skiing but not a place we felt like having our Sunday lunch. So we headed towards our “Plan B”, a place called Mat3am Al Mawasem. Supposedly the place had amazing food but when we got there we were turned off by the very plain and boring interior seating area. It was basically a large hall with white marble floor and cream colored walls filled with white plastic tables and chairs. They might have good food but with no view and a boring interior we decided to pass on this place. Finally we headed to another place that was also in Mayrouba called Cave Al Siwan. 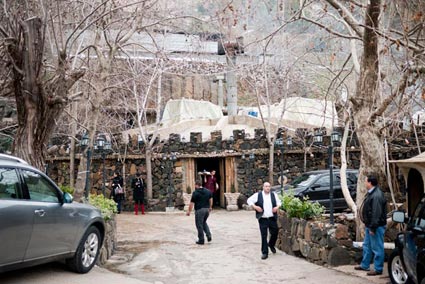 The restaurant is located next to a small river stream and looked like a large stone hut. We spoke to the guy at the door and he told us they didn’t have any room inside but they had room in the “maghara” which was across the street on a ground floor of an apartment building. I figured since the place was very popular and since they couldn’t expand the restaurant due to the way its built and located, they just purchased the floor across the street and turned it into a disconnected extension. After a bit of “na7na jayeen awal mara oo 7abeen na3od jouwa” nagging the guy magically found us a free table to sit at. 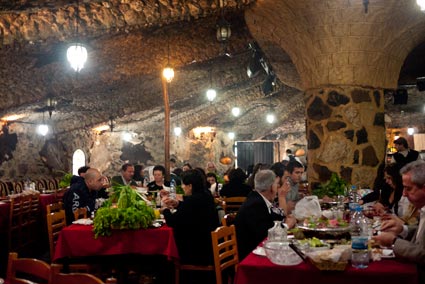 Once I walked into the place I just loved it. The walls and ceiling were covered in stone with goat skin hung up randomly on the walls. It just looked very weird and I wanted something that was weird and out of the ordinary. Our table had a basic mezza laid out before we even sat down, thats because you pay per person and you eat everything they have. As soon as we sat down and started eating they started adding more and more items to the table like raw meat, hot french fries, tabbouleh, fattoosh, makanek, stomachs, pigeon eggs, shrimps and more and they kept adding stuff without removing any dishes so you ended up with plates piled up on top of other plates and you just ended up with a table literally covered with layers of delicious food. We gave our waiter a LL20,000 tip to hook us up and I ended up getting a bucket of ice filled with Almaza beer compared to the single bottle I was getting before the tip. It was just amazing, over-indulgence at its best.

I am really not a fan of Arabic music, I actually hate it but the stuff they were playing was different from the usual and I found it actually pretty weird, I swear if you watch the video above which I recorded it sounds like an Arabized version of the Trololo song. People were really kicking it and it was like 2PM in the afternoon! That combination of darkness because there were no windows and the unlimited supply of Arak probably had something to do with that. 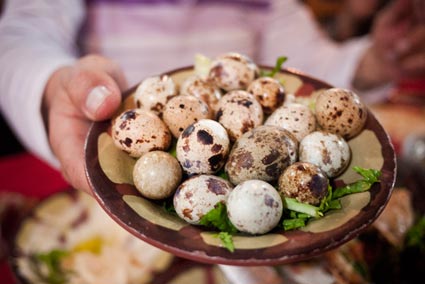 The food was pretty good. I thought the tabbouleh had too much na3na3 (mint) but that was actually my only complaint. Price wise it was around $30 per person. I am not sure if that’s a lot or normal since I don’t live in Lebanon but for the amount of food and the atmosphere I thought that was very reasonable. Finding the place isn’t that hard, if you’re on the road to Faraya, once you see the Mayrouba sign take a left and head into Mayrouba, you should then start spotting signs taking you to Cave Al Siwan. In the gallery below you should find a map that was on the back of their business card plus a phone number. I would highly recommend you reserve before you get there.

Would I go back again? Yes I would since I had a great time and I loved everything about the place. Keep in mind though that I was under the heavy influence of alcohol that day and so my judgement could have been affected.