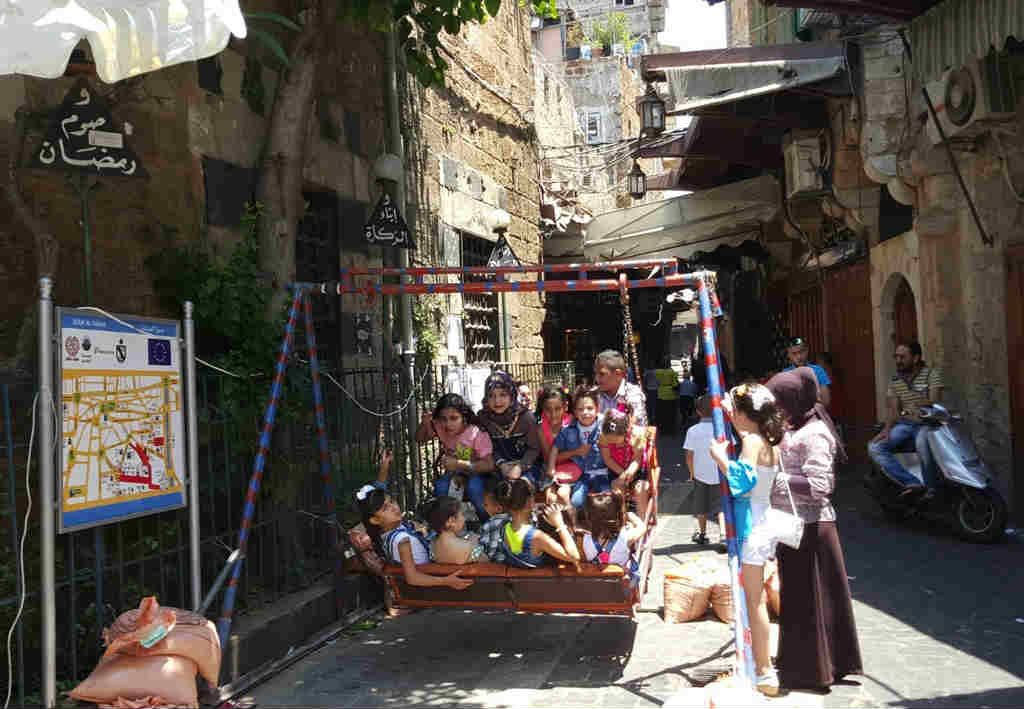 Eid al-Fitr, which marks the end of Ramadan, is a very special time of the year for Muslims worldwide. Every country has its own traditions and in Lebanon, every city celebrates it in its own way. This year, I decided to head to Tripoli, Lebanon’s second-largest city and one of its poorest, to share their traditions and join Tripolitans in their celebrations. 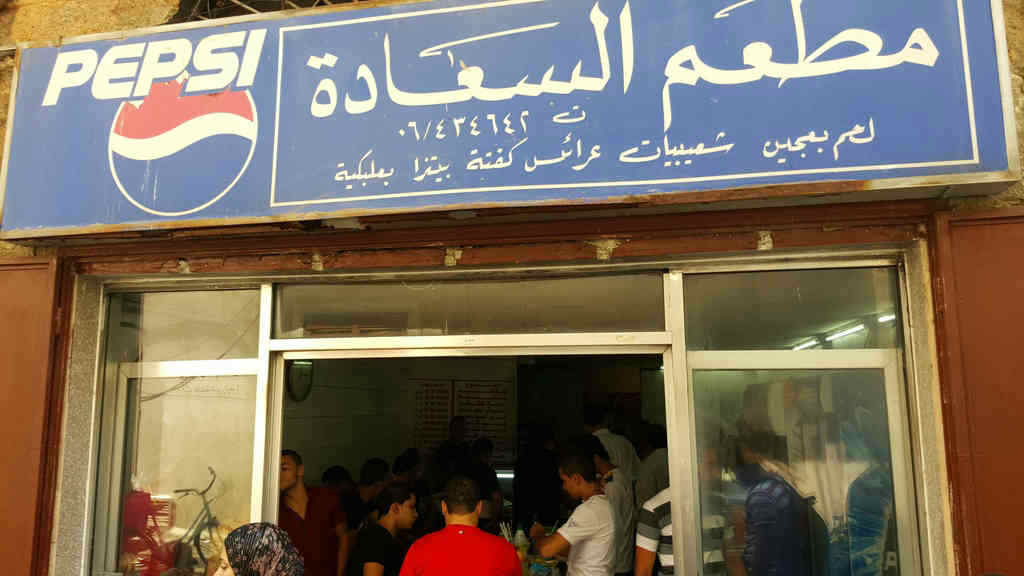 My first stop was at Furn el Saadeh, a popular oven located in Al Tall area that sells Ch3aybiyyet, Kafta and Lahm Baajine. The place was tiny yet packed and we ended up standing outside and having our breakfast on one of the parked cars’ hood but it was quite amazing and totally worth it. 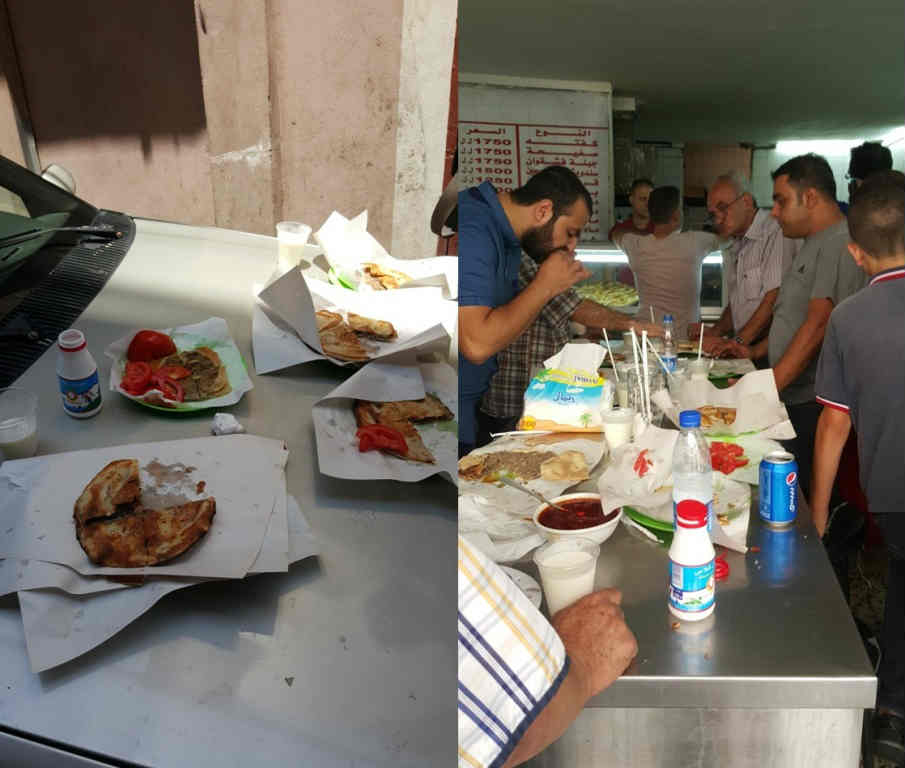 Tripoli may be a poor city, but it’s rich in diversity and is a beautiful city to explore. There are always new places to visit and new things to do and a sense of community in the city. Locals come up with new initiatives every year to help out those in need and put a smile on their faces. Here are some of them: 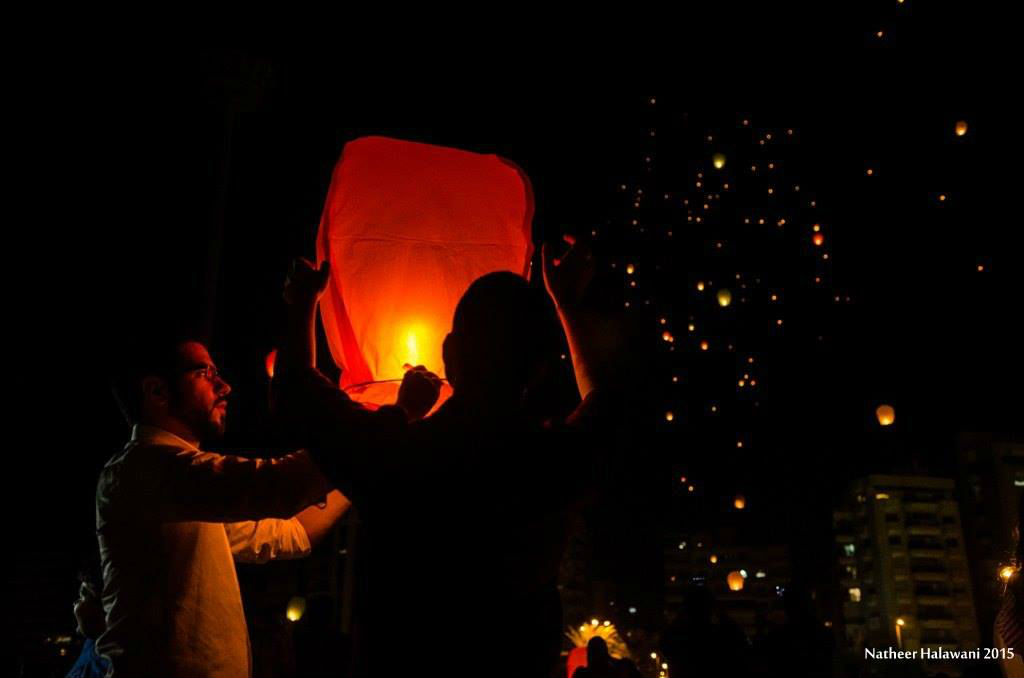 This year marked the third edition of this event, where Tripolitans welcome the holidays by lightening Tripoli’s ski with lanterns and collecting money to put less fortunate children back in school. The atmosphere is quite amazing as more and more people are joining the event every year to light up Tripoli skies and brighten up a child’s future.

Clowns for a cause: 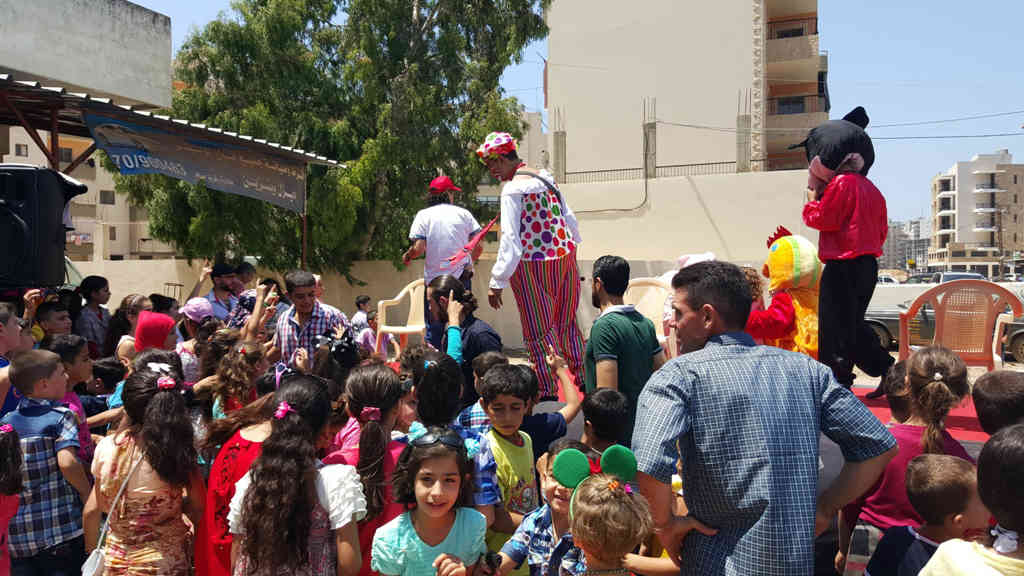 Eid is an occasion for children to celebrate and reunite with their loved ones but unfortunately that’s not the case in Tripoli where a lot of children have to work to provide for their families. The number of children aged between 7 and 15 and already working is quite staggering in Tripoli and they are easily noticeable especially in Bab el Tebbaneh. Fighting child labor is a long process but a lot of NGOs and locals organize small gatherings in the old souks and deprived areas and invite clowns to entertain the children and celebrate Eid. 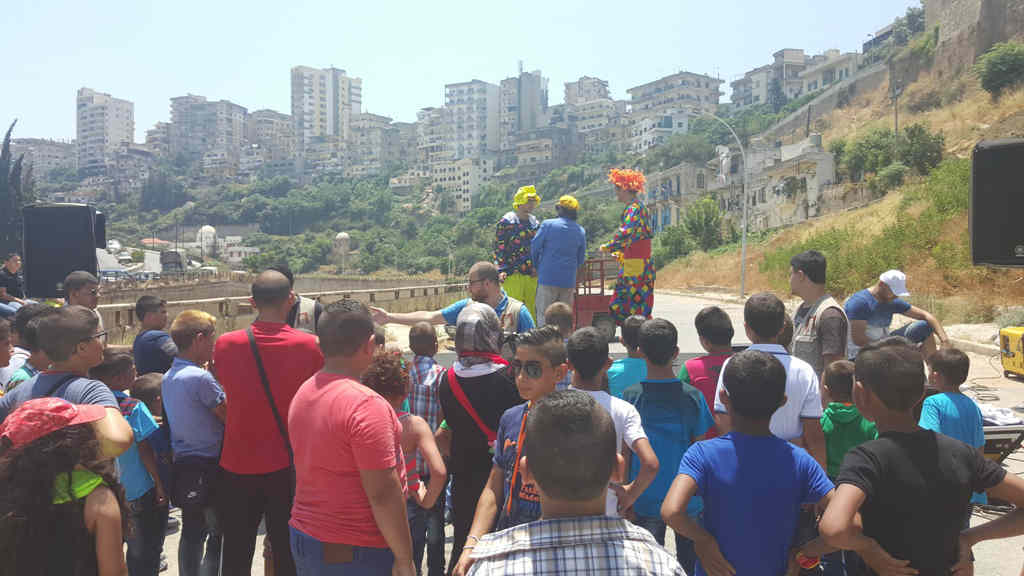 One of these events was organized by the Old Souk Development Committee in the old souks right underneath Tripoli’s citadel where they had set up inflatable games and brought clowns and cartoon characters. Another event was being held in the streets of Abi Samra by The Lebanese Center for active citizenship and a third one in Jabal Mohsen’s neighborhood. Children were dancing, playing, singing and having a great time just like they should be on Eid. Sadly though, I spotted at every event a couple of kids working and selling stuff to the audience while trying to enjoy the show. 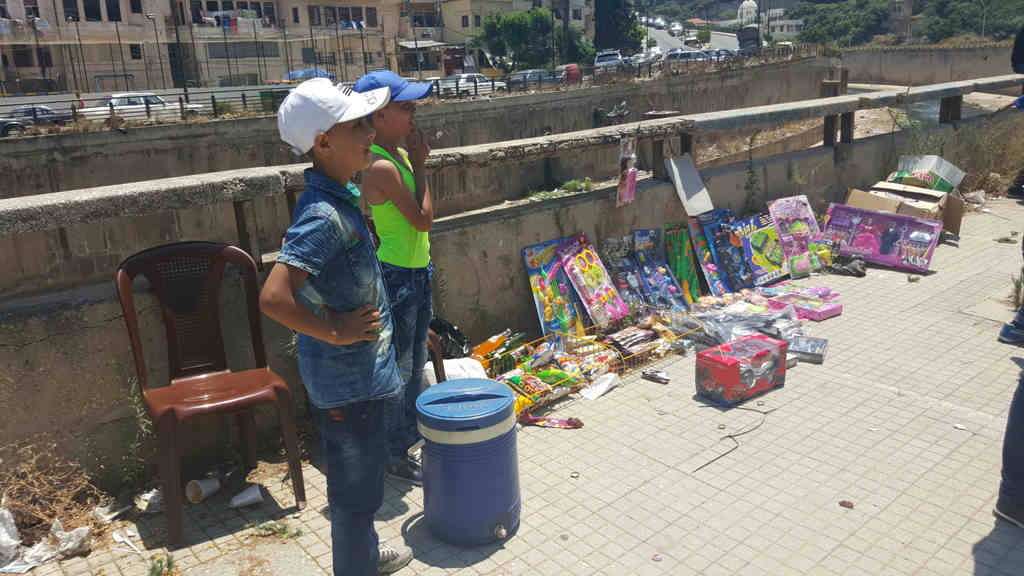 Haret el Tanak – (Tin Neighborhood)
In addition to these events, a friend of mine brought my attention to clown flash-mob performed in one of the most underprivileged parts of Tripoli, which has little-to-no infrastructure and is known as Haret el Tanak (Tin neighborhood). Journalists, engineers, students and activists came from all over Lebanon, dressed up as clowns and spent the whole day celebrating Eid with families there. 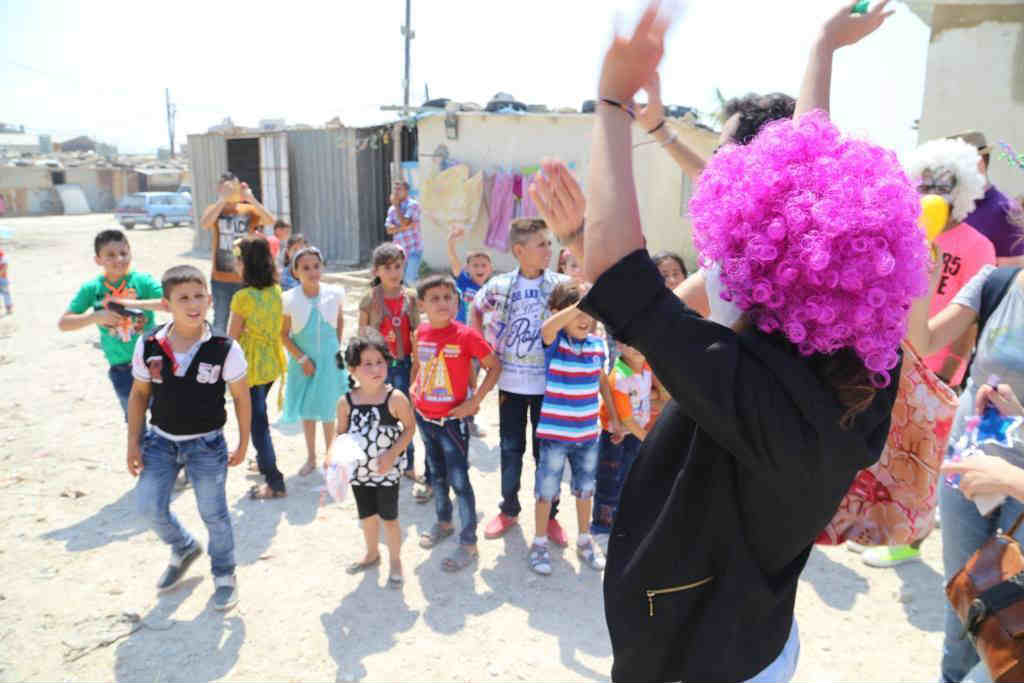 I ended the day by touring Tripoli’s citadel and taking panoramic shots from the highest point in the city. 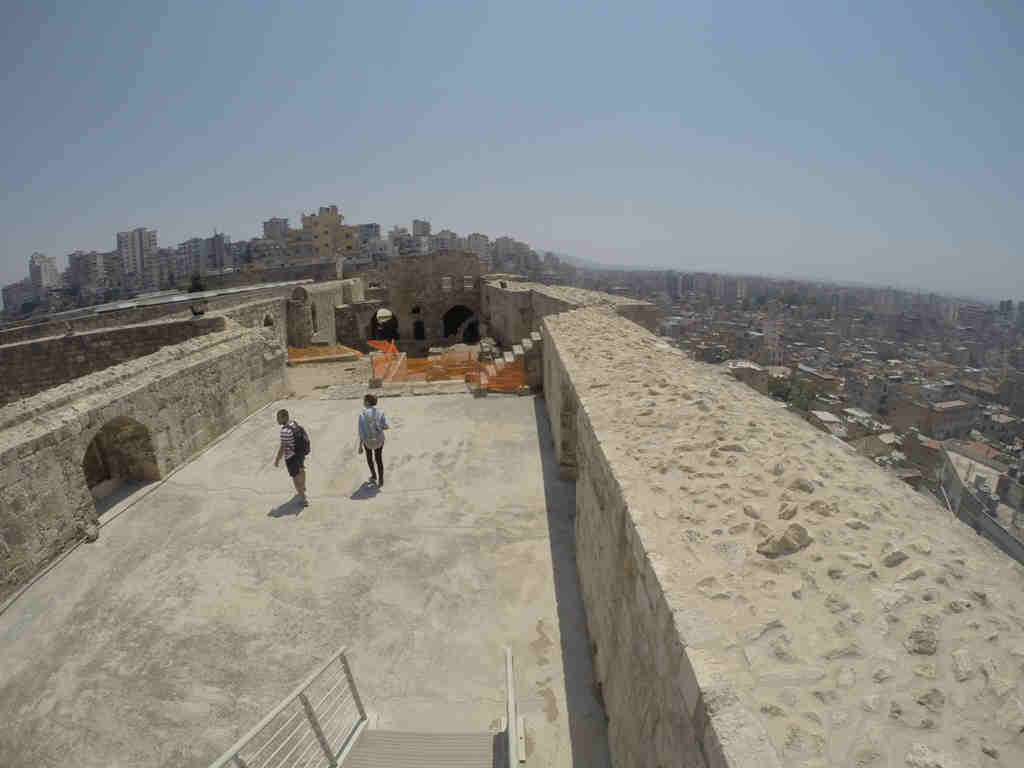