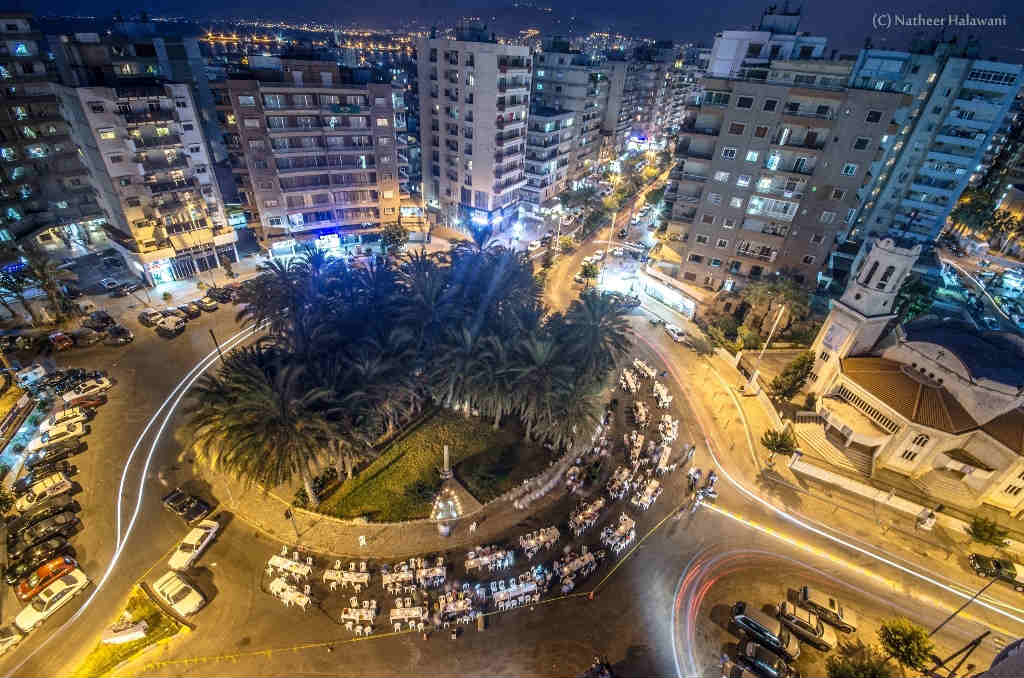 Another mass iftar held by a bunch of activists and well-doers in town. The iftar gathered people from both religions to share iftar on a same table in a one-of-a-kind event where everybody contributed to the table. Mosques and Churches announced Maghrib prayer, the time to break the fast, in an out of this world audio-visual scenery.

I was finalizing this post with my friend Natheer when I heard about the terrorist attacks in Kuwait, then in Tunisia and France as well. It’s quite tragic to hear about such unfortunate events during Ramadan and on a Friday, a holy day for Muslims, and our thoughts and prayers go out to the victims, their families & friends.

These terrorist attacks unfortunately remind us of the two blasts that shook Tripoli back in 2013 killing over 40 innocent people, but Tripoli and its people defeated terrorism by promoting peace and bringing together its residents. One example is last year’s mass Iftar at Se7it el Nour where Mosques and Churches announced Maghrib prayer together and everybody took part in preparing the food.

Tripoli is a beautiful city, and Ramadan in Tripoli is a very special time of the year. That’s why I asked my talented friend and photographer Natheer Halawani, who happens to be from Tripoli, to share some of his best Ramadan pictures from the past couple of years. I hope you enjoy them and I wish all my friends in Tripoli and all over Lebanon a peaceful and blessed Ramadan month! 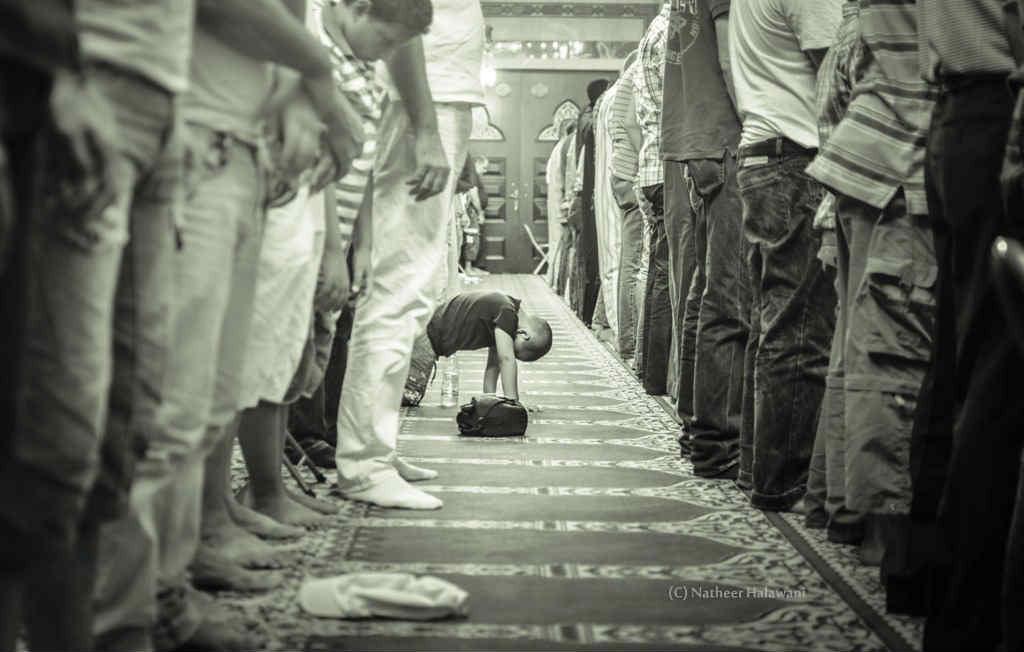 A curious child busy exploring the tiny world at his feet instead of performing prayer as advised -most probably- by his father or whoever that brought him over to the mosque, during a mass prayer known as ‪Taraweeh‬, performed every Ramadan eve after the last of the 5 main daily prayers. Taken in Ash Shukr Mosque. 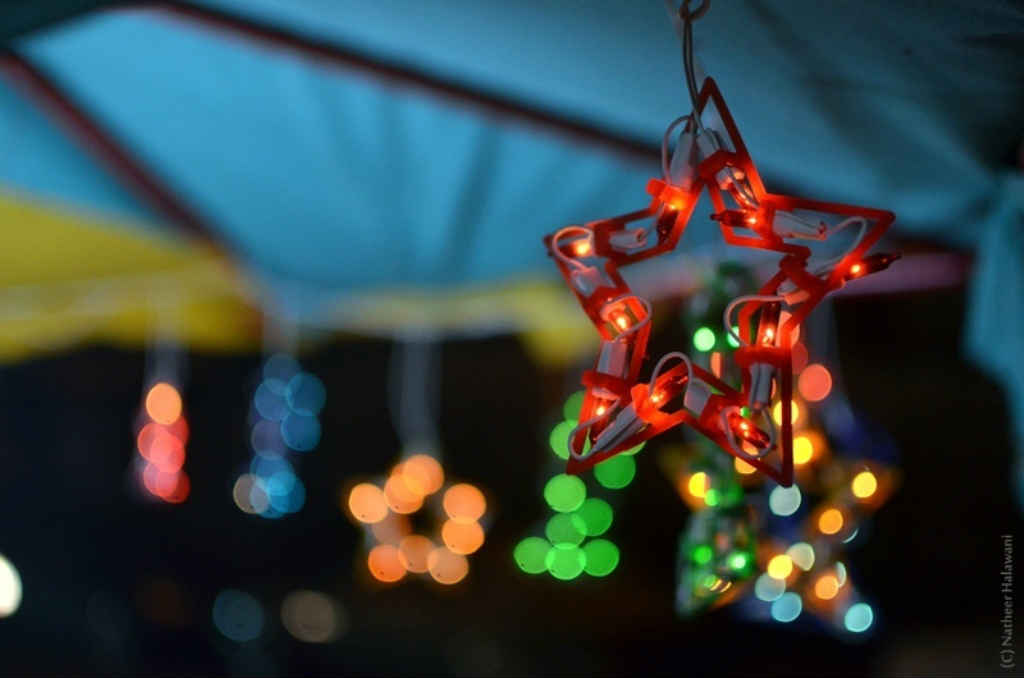 Vivdly colorful ornamets are one of the most eye-catching Ramadan attractions, with warm lights and islamic symblos more than often. Taken in Mina. 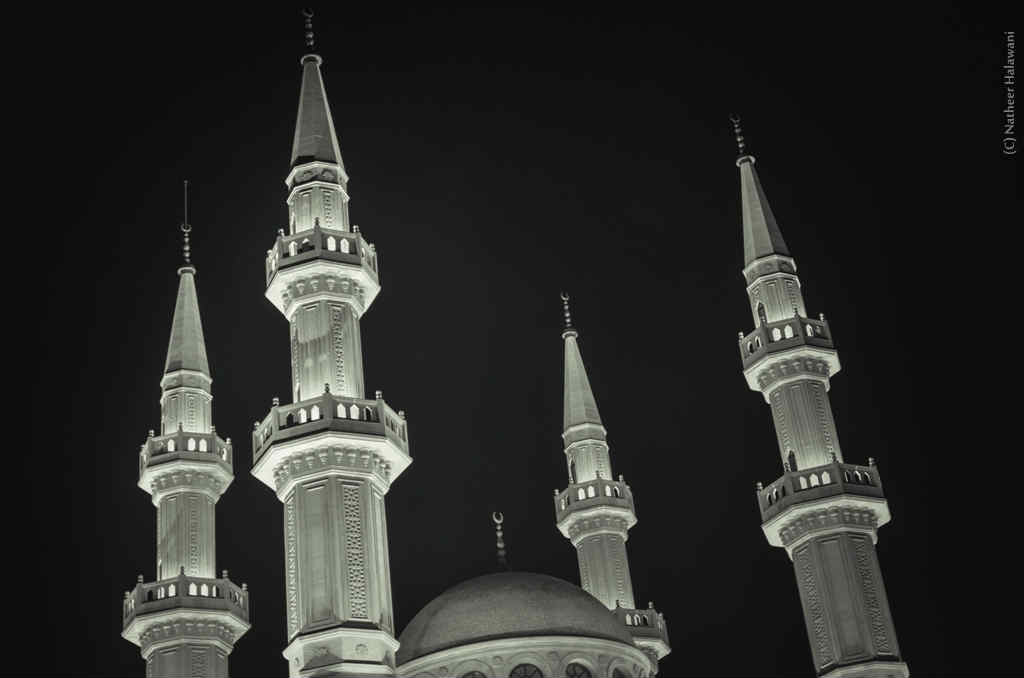 The Minarets of a newly-built mosque in Tripoli. Taken in Mina. 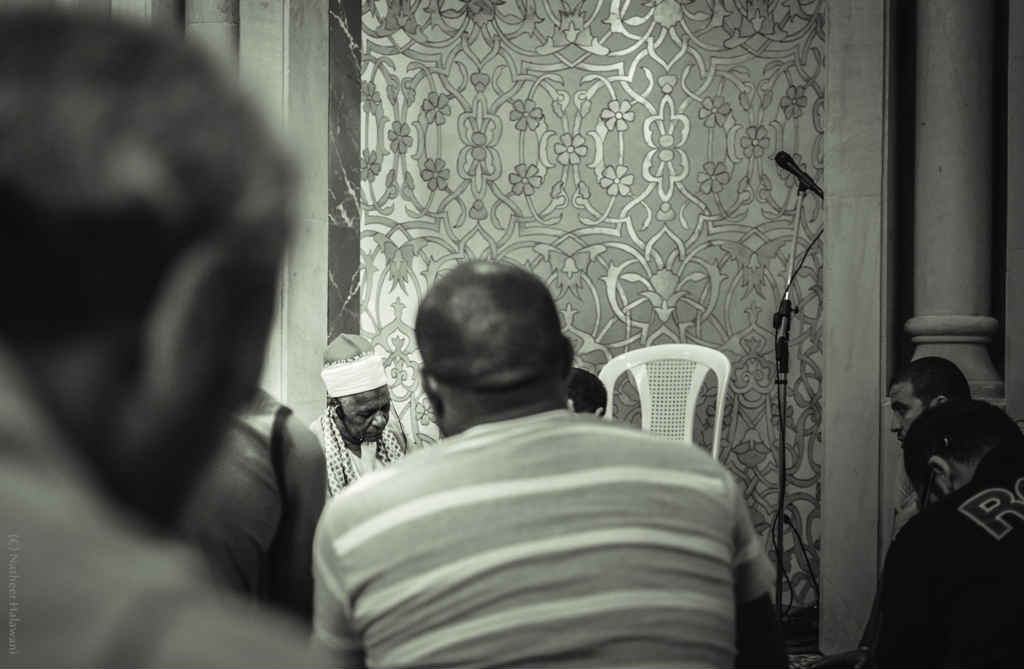 Muslims grew a fond habit of listening to the Quran Reader of a the mosque prior or after any major prayer. Taken in Ash Shukr Mosque. 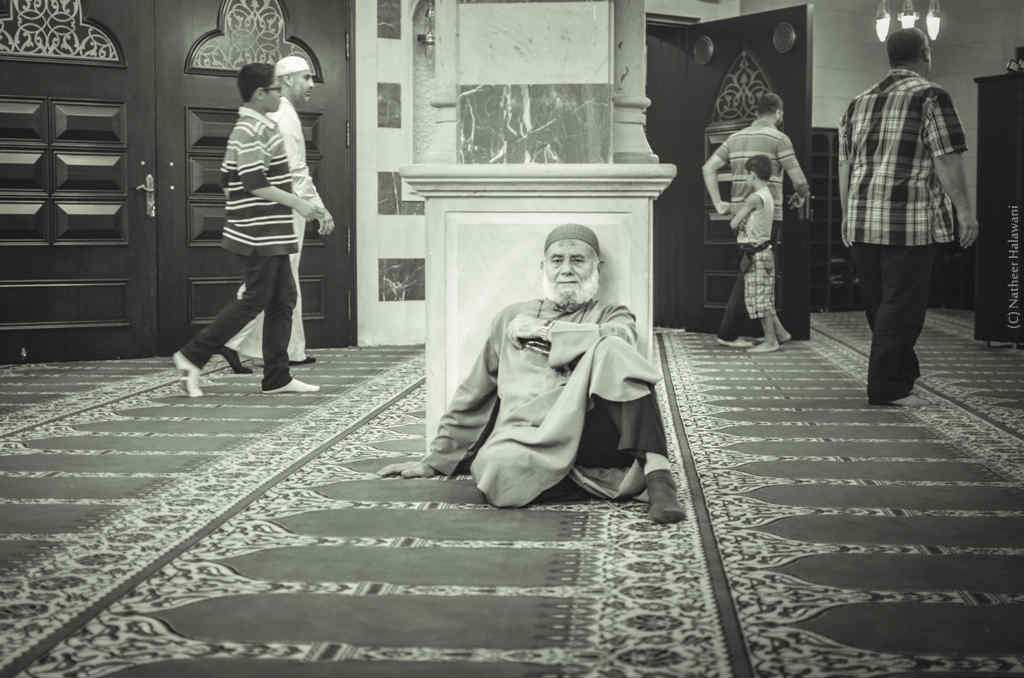 Elder Muslim resting after a lengthy Taraweeh prayer, the Ramadan-exclusive prayer that could extend to an hour or two in some cases. Taken in Ash Shukr Mosque. 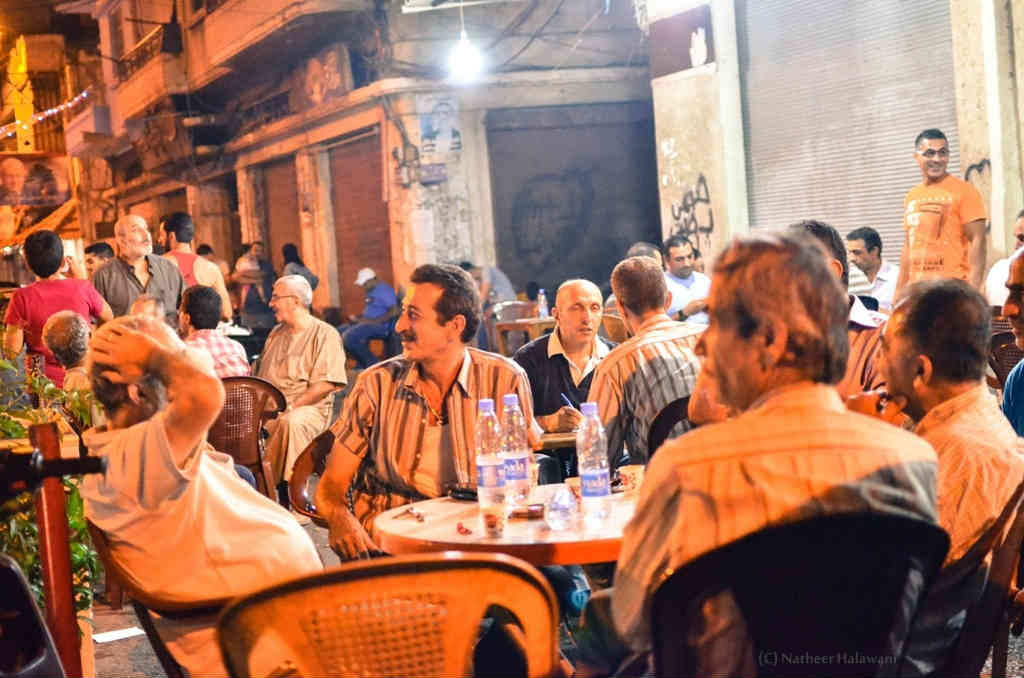 Adult males wrapping yet another fasting day in the coziness of a local, yet very famous, roadside coffee shop playing cards and smoking shisha/arguileh. Shot in Mina, Roumiyyeh Cafe. 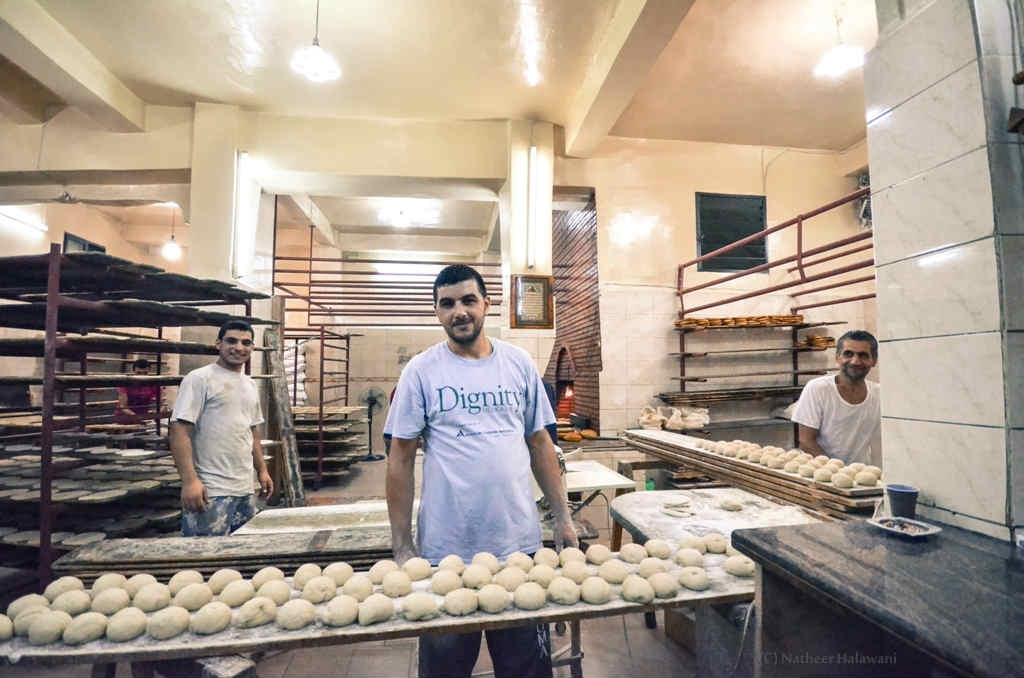 The inside a traditional Ka’ak and bread bakery in the old alleys of the town during the month of ‪Ramadan‬. Musims find a pleasure having Ka’ak filled with cheese and grilled by the bakery’s wood-lit over over Suhoor, the act of eating a snack before sunrise when fasting begins. Taken in Bab Al Ramel. 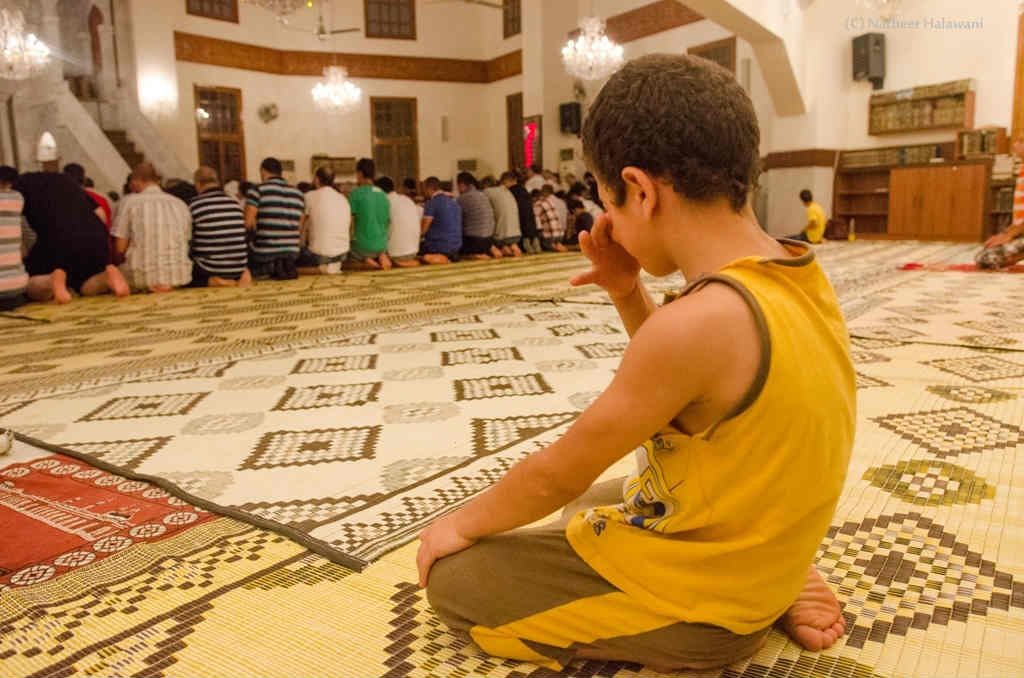 Child praying by himself behind adult males in a mosque. Taken in Tawjeeh Street. 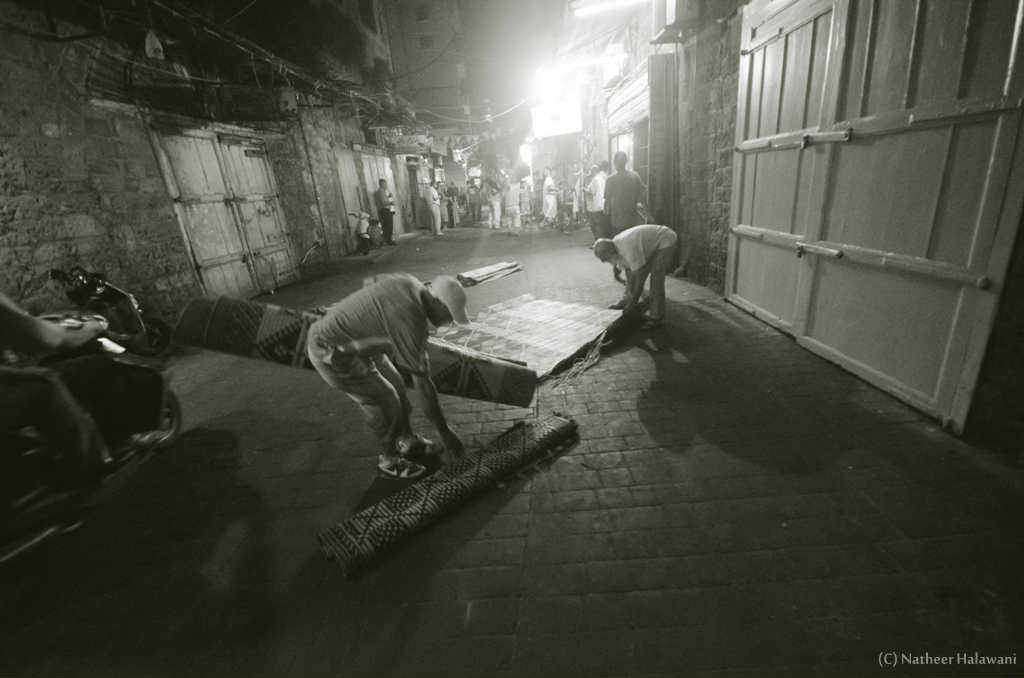 Elderly man with the help of a younger male removing the post-Taraweeh praying mats that were spread out in the street, local mosque being not able to accommodate any more worshipers. Taken in Mina. 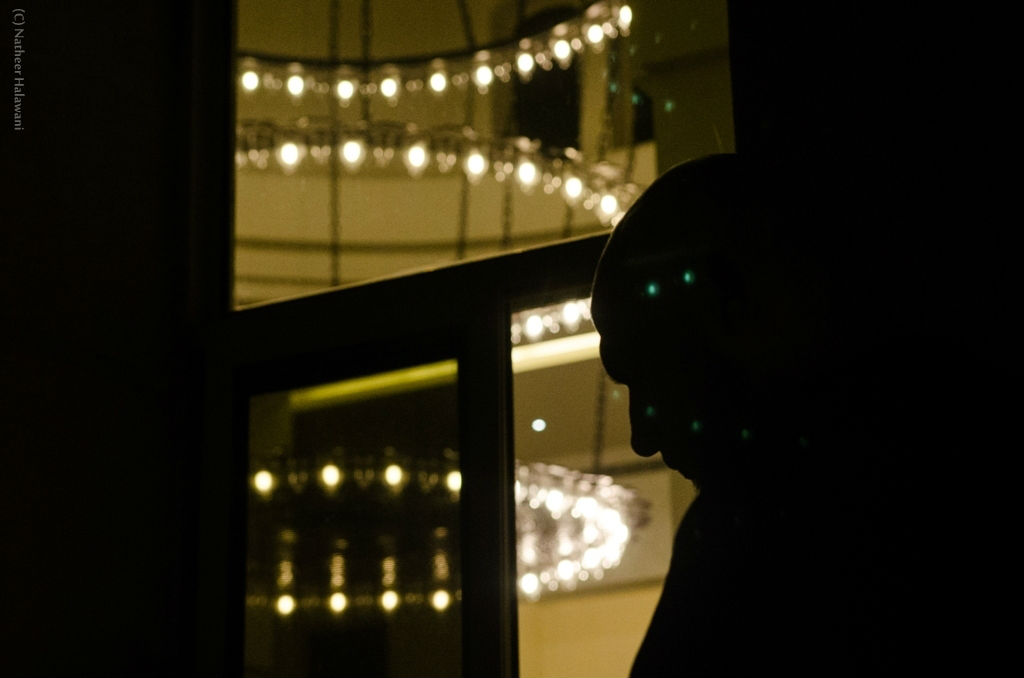 Worshiper performing Isha’ prayer behind an Imam in one of Tripoli’s biggest mosques. 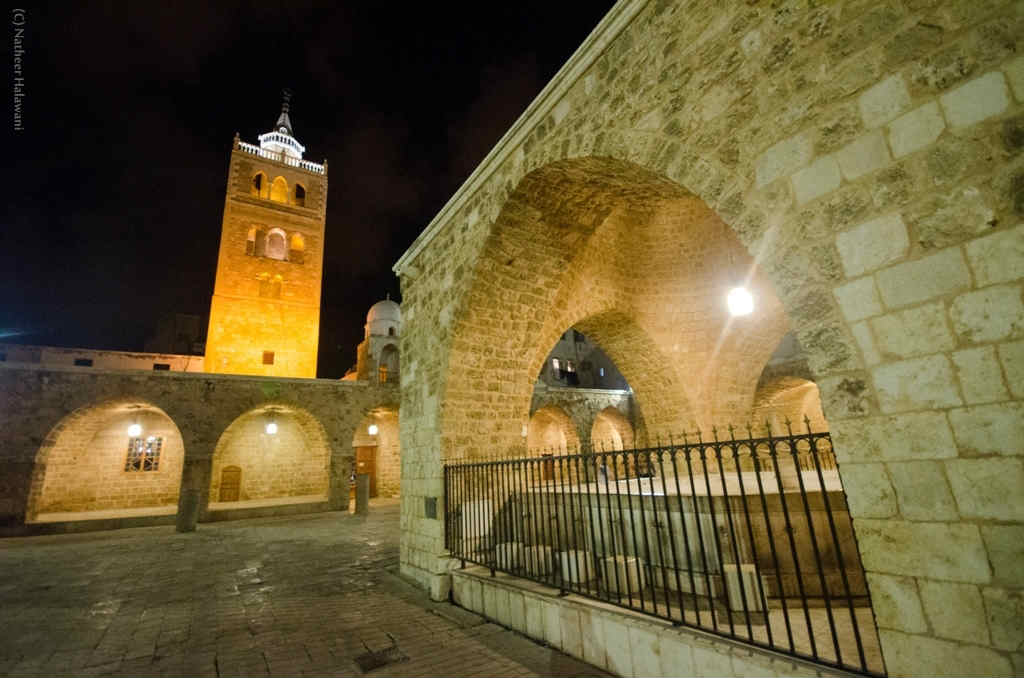 The Grand mosque, otherly known as one of the town’s pillars and most renowned landmarks. The mosque’s court looking empty as worshipers are inside busy performing their night prayers. 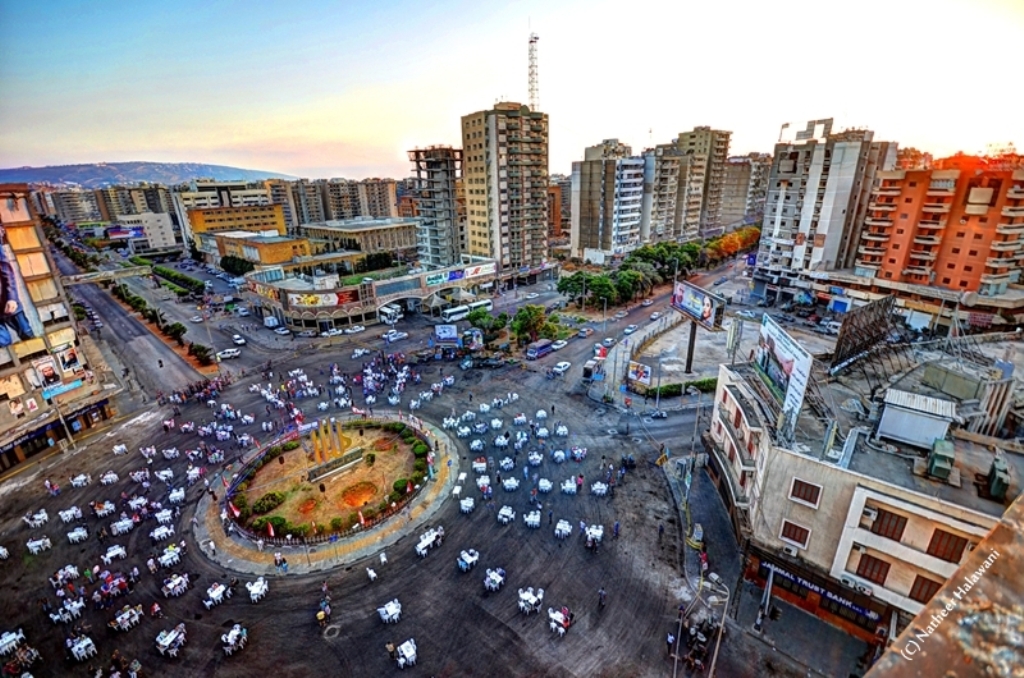 The all-time-famous Saha w Hana iftar, the Mass Iftar event that closed down the main roundabout in town, the one that happens to be the city’s south entrance, for a very good cause. The iftar managed to bring together a lot of people, whether muslims or not, for an event that provided iftar for orphans and poor individuals and families from all over town. 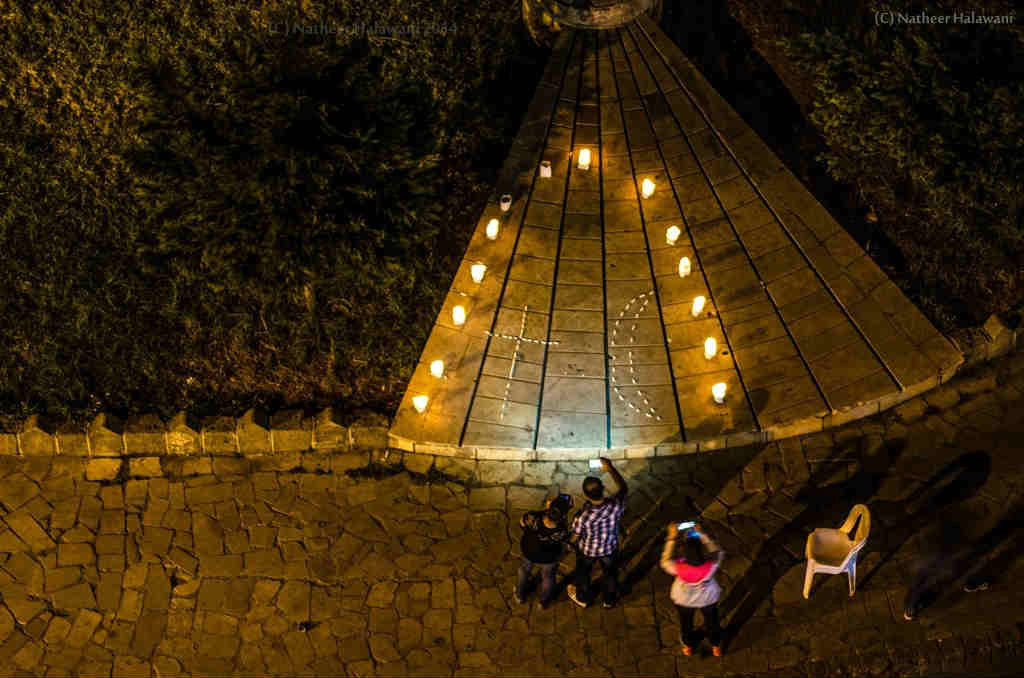 Shot taken from the roof of a 13-story building during the mass iftar held at the Groupy Roundabout in Mina. Attendants of both religions insisted on lighting candles in both shapes of a cross and a crescent, in an unplanned move by the organizers. This turned into an attraction through the night. Taken in Mina.