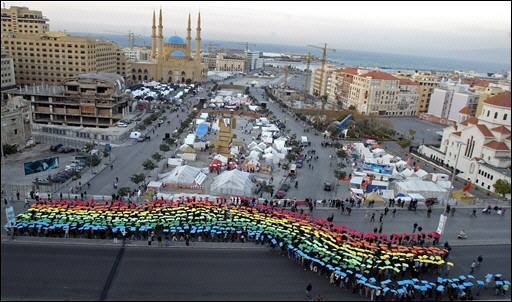 The picture above was taken in Lebanon back in 2006, however it’s not a gay parade but an anti-government demonstration led by the opposition back then. Needless to say, the parties who were organizing this demonstration (and those against them for that sake) probably had no clue what these colors stood for and would have never considered demonstrating in favor of same sex marriages.

We are still a long way from achieving equality in Lebanon but we will get there eventually as progression is inevitable. We need more awareness campaigns and further action to change our obsolete laws and achieve equality for women and for the LGBT community among other things. I’m sharing once again a Lebanese TV campaign against homophobia, probably the first of its kind in the Arab World. 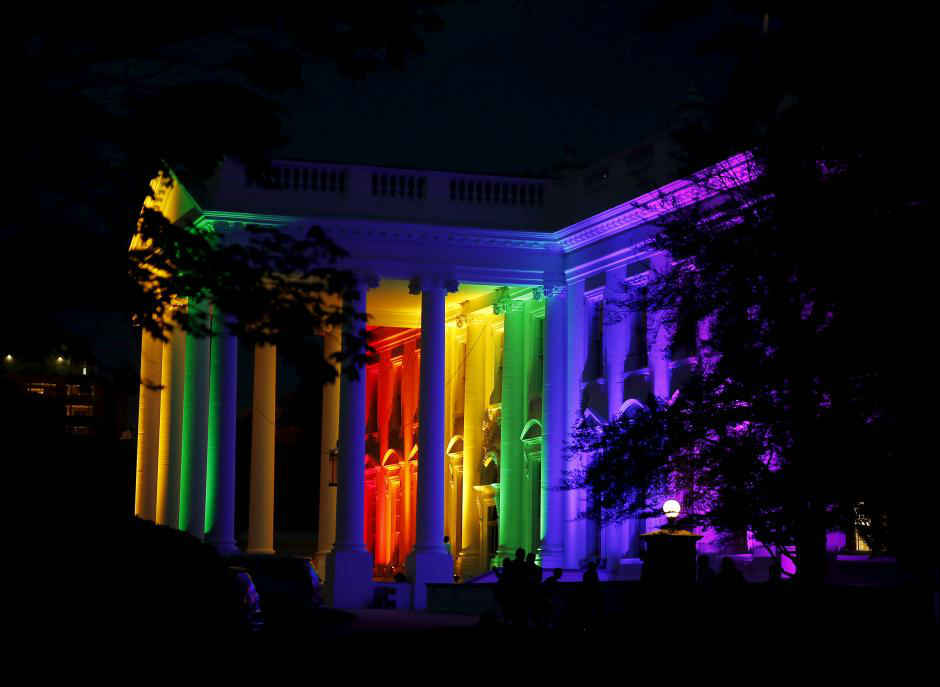