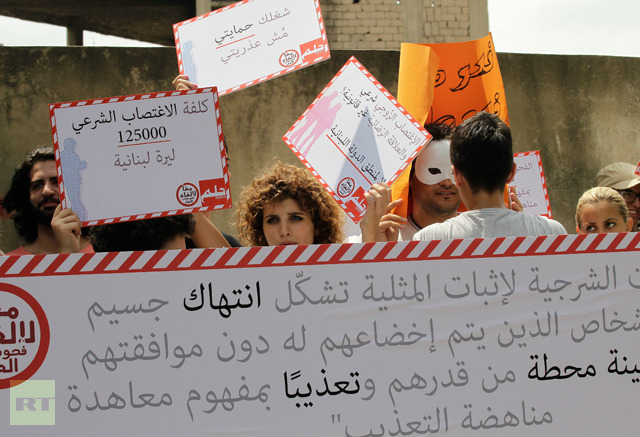 Even though this shameful “gay exam” was banned, some doctors are apparently still using it. I won’t bother explain against what happens during this exam because it’s outrageous, humiliating and is considered torture by the UN. Whomever this doctor is, he should be banned for life.

Men suspected by authorities of being homosexual are still being anally “tested” in Lebanon despite a ban on the practice issued by health officials, it has been reported. Doctors from the Lebanese Order of Physicians have described the method of determining whether or not a man is gay as useless and akin to “torture”.

The test involves forcefully inserting an egg-shaped metal object into the rectum, which a 2012 Human Rights Watch report said “constitutes degrading and humiliating treatment” in violation of the International Covenant on Civil and Political Rights. According to the Lebanese Daily Star, however, a forensic doctor was hired in January by members of the police’s “Moral Protection Bureau” to determine the sexuality of five Lebanese and Syrian men accused of being gay. [Independent]