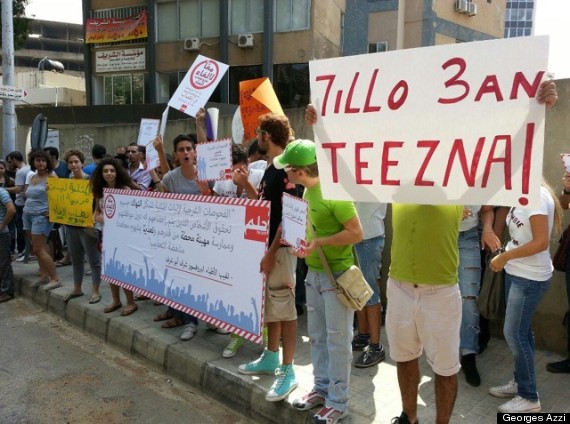 Good news for the LGBT community in Lebanon.

Judge Naji El Dahdah, of Jdeide Court, Beirut, threw out a case brought against unnamed transgender woman by the Lebanese state on January 28, 2014 but only published today. The transgender woman was accused by the state of having “same sex relationship with a man”. However, El Dahdah rejected the case based on accepting a previous ruling by the Lebanese NGO, Legal Agenda and Helem, which was as follows:

Gender identity is not only defined by the legal papers, the evolution of the person and his/her perception of his/her gender should be taken into consideration. Homosexuality is an exception to the norms but not unnatural therefore article 534 (which prohibits sexual relations that “contradict the laws of nature”) cannot be used against homosexuals, and therefore, technically, homosexuality is not illegal. [HuffingtonPost]

Here’s a link to the article in Arabic. [Legal-Agenda] 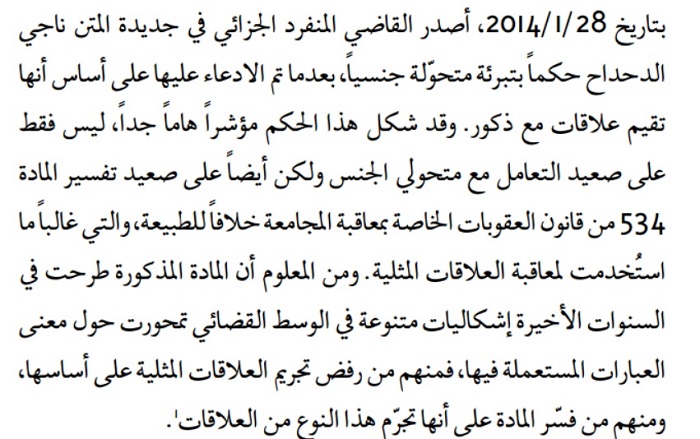 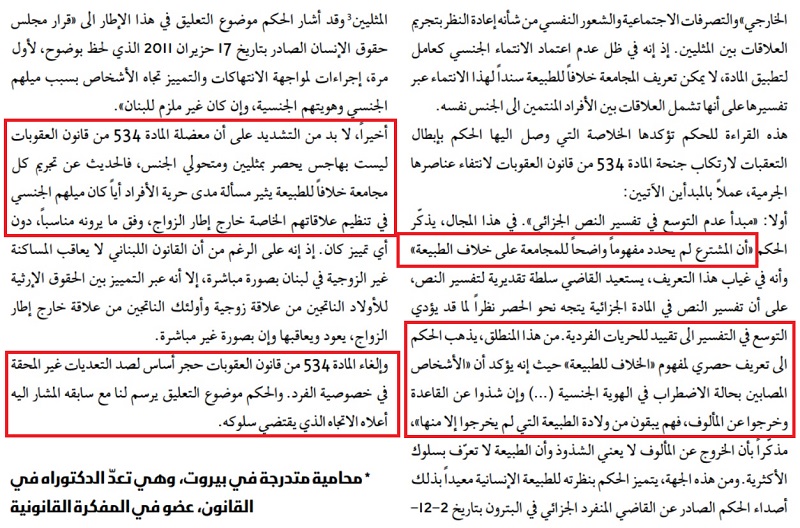