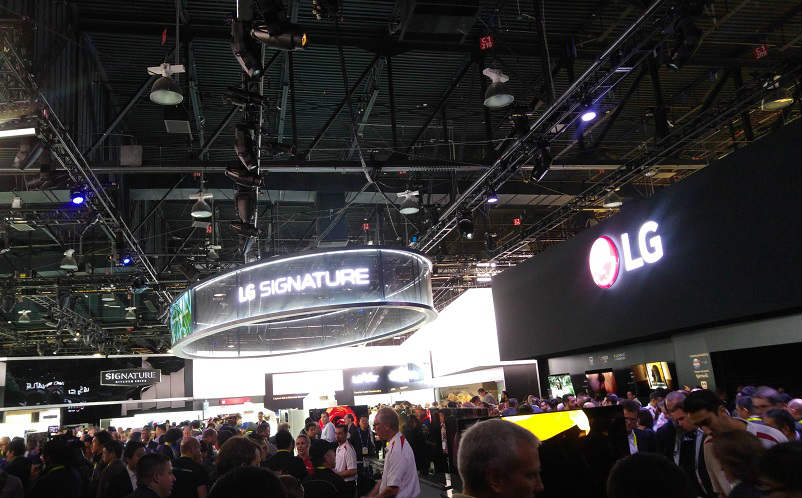 The world’s largest innovation event kicked off yesterday and LG’s ultra premium Signature products and impressive booth stole the show on Day1. The new LG Signature line of products, which was introduced one day before CES started, features an impressive lineup of gorgeously designed signature products aimed “for people who seek an extraordinary life”. Basically, what LG did was take its existing premium products and made them ultra premium, as well as introduce cool new features.

The LG Signature includes astonishingly thin 4K OLED TVs, a new signature fridge, an air purifier and a new washing machine. If you had asked me a couple of years ago if I was interested in home appliances, I would have probably said no but I carefully chose all of our home appliances and the innovations that LG introduced are quite useful and interesting to look at.

Here are my favorite new 5 items from LG’s booth: 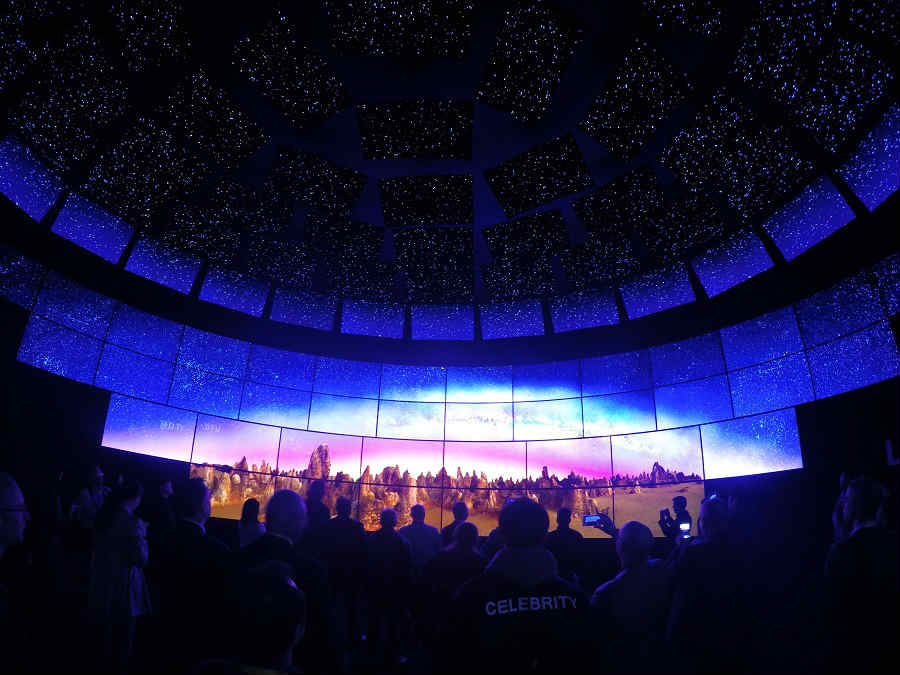 LG’s 4K OLED TV is incredibly thin at 2.75mm and the picture quality is ridiculous. You honestly don’t need to understand all the geeky specs to notice the difference in image quality. Just look at the difference between LED vs OLED and LCD vs OLED.

There’s one model that caught my attention there, the UH9800 98-inch 8K model but there wasn’t much information about it yet. 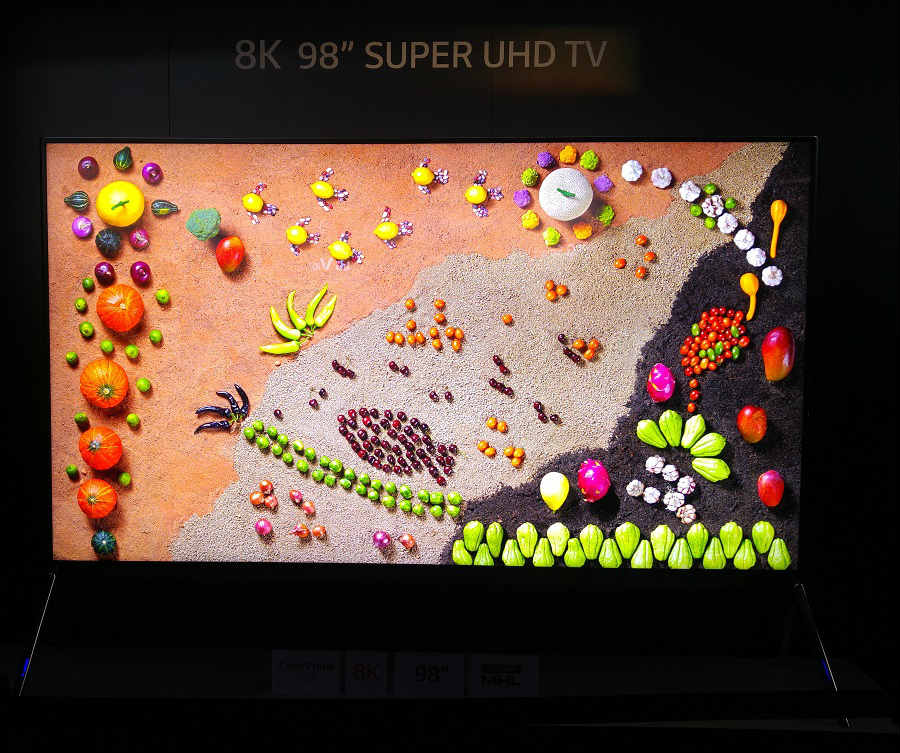 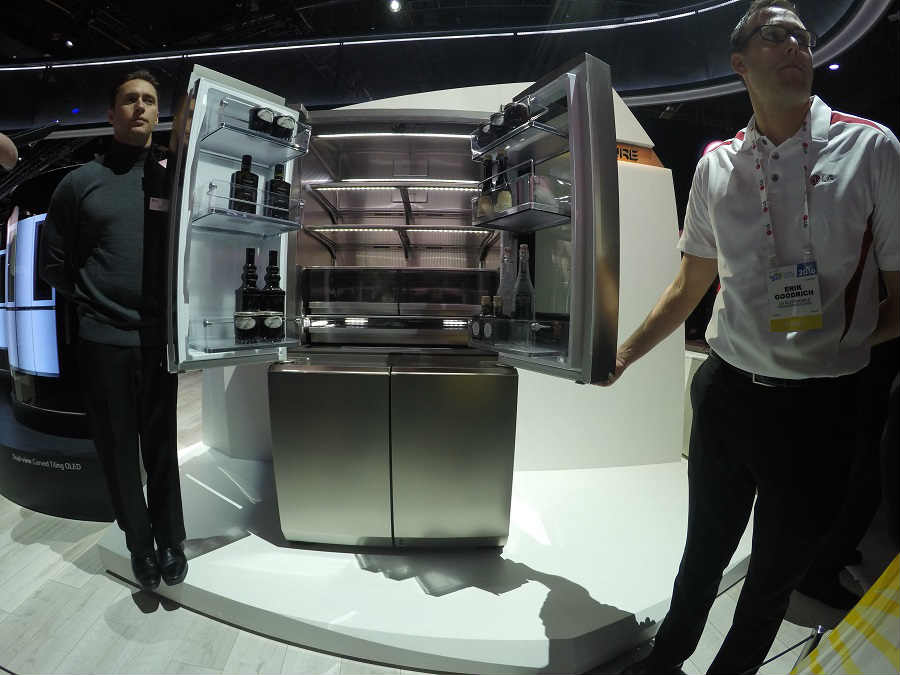 I already have a four-door LG Fridge that I’m very satisfied with especially with its door-in-door feature yet the new LG Signature Fridge provides an even better experience and has cooler features, such as the “knock on fridge door to reveal what’s inside” and a door that you can automatically open with your foot thanks to a sensor that is able to detect the difference between a person and a pet. Also, the new fridge has a door-in-door design on both sides not just one. 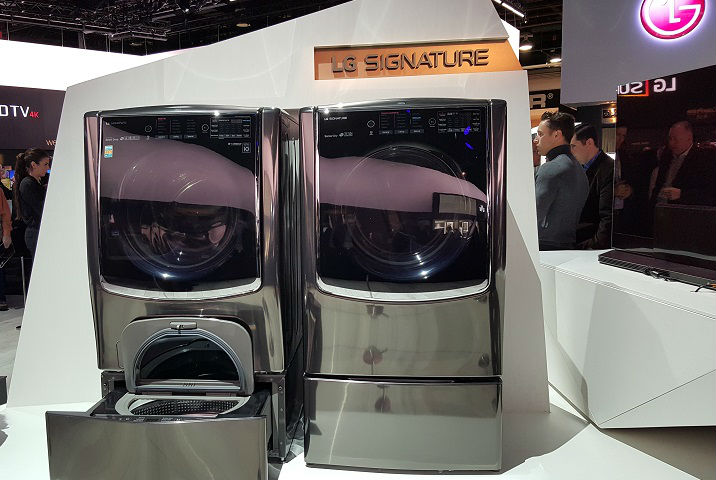 That’s one heck of a washing machine and it could prove very useful in Lebanon where we can only wash our clothes during specific hours where the power is not out. The new LG Signature washing machine has touch controls on the front door and washes two loads at the same time. It also automatically doses out detergent from the reserve and works as a dryer as well.

What else can you possibly want from a washing machine? 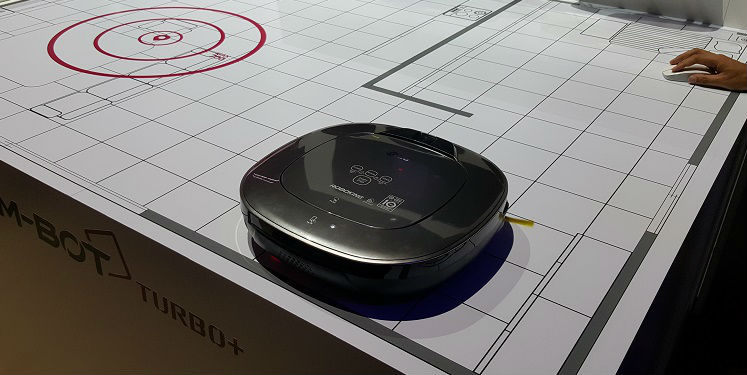 LG’s robotic vacuum cleaner is a pretty cool gadget that uses augmented reality technology and features camera sensors which record the surrounding area to track where it has already cleaned. It also allows users to inform the vacuum clear to clean spots it has missed by using any smartphone’s camera.

It would really cool to test it out but pricing and availability weren’t announced yet. 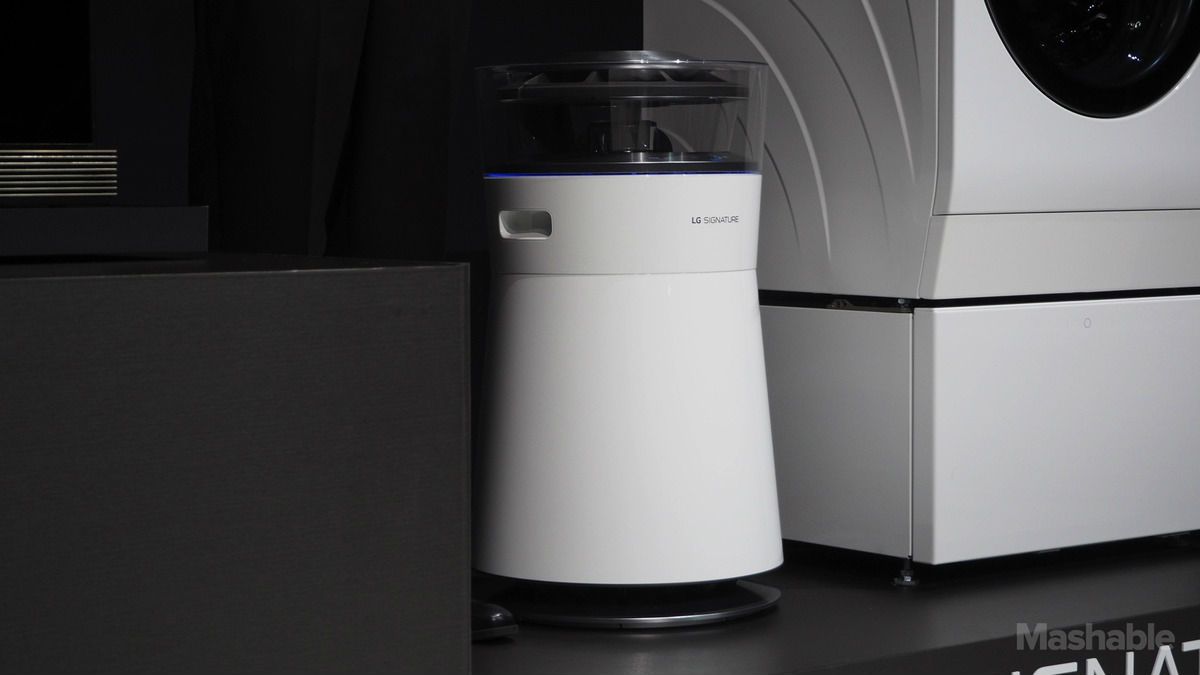 Ever since we had a baby, I’ve been looking for a proper air purifier for some time now and LG’s new hybrid air purifier is exactly what I need. I love the transparent window that shows how “dirty” the air we are breathing is. I still need to check its price though.

In addition to these five items, there are other exciting things to look at, such as the newest LG V10 smartphone which I will be reviewing separately, the new kitchen range, the dual-view flat OLED and dual-view curved tiling OLED and the LG Smart Home Ecosystem.