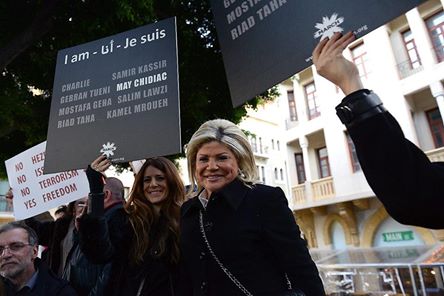 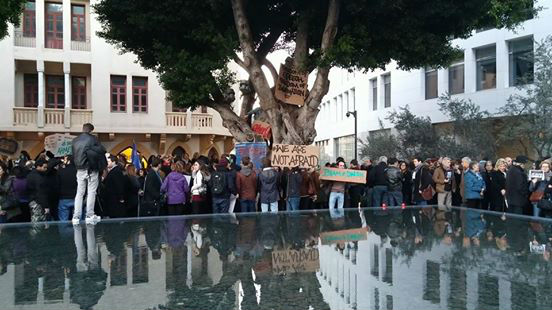 Lebanese regrouped at Samir Kassir Square in Downtown Beirut at 4pm today to honor victims of the Paris attack and in support of freedom of expression. Lebanese flags were also spotted in the massive Paris unity rally that attracted around a million people. 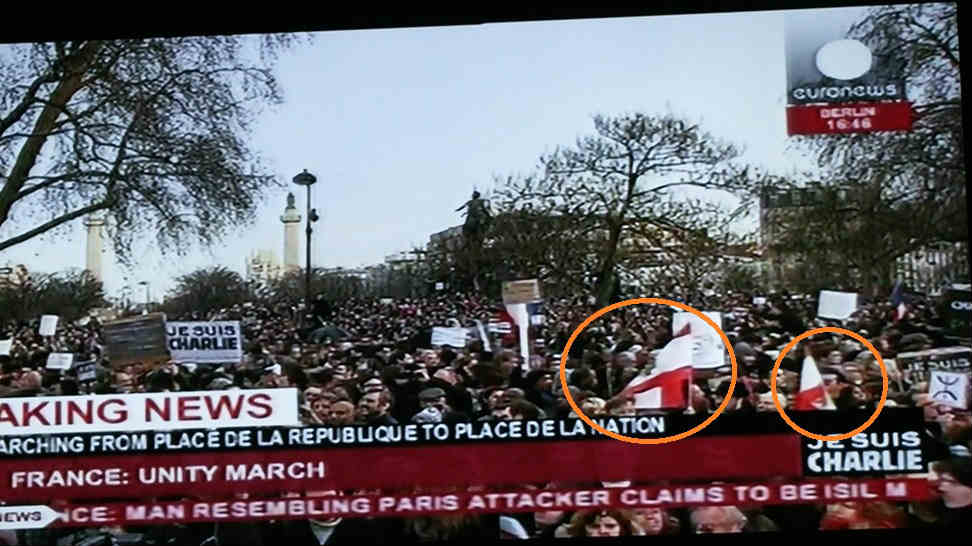 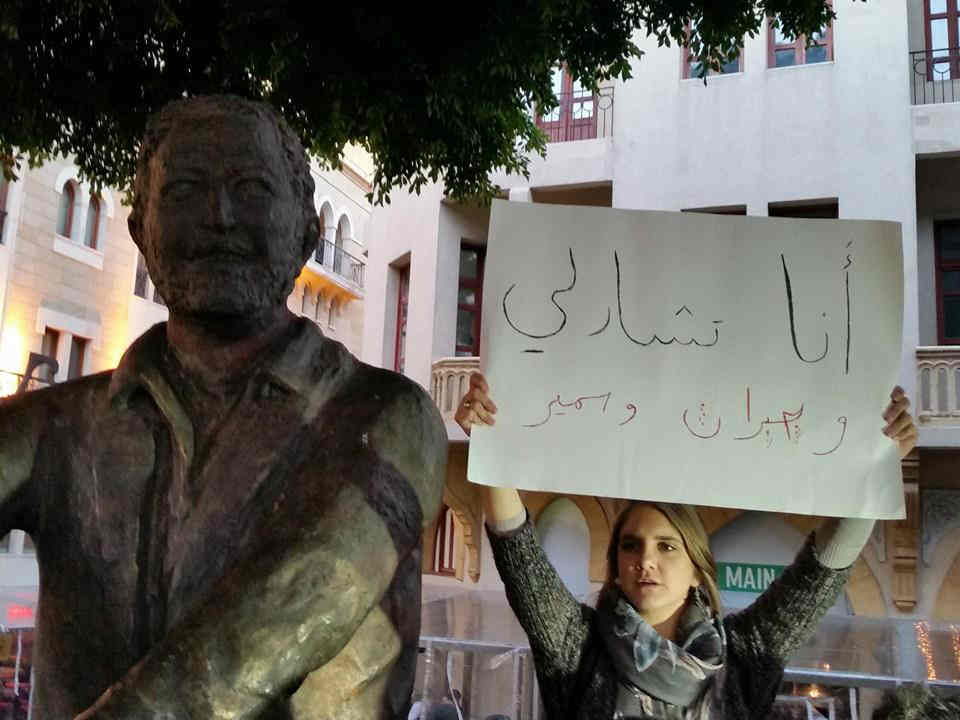 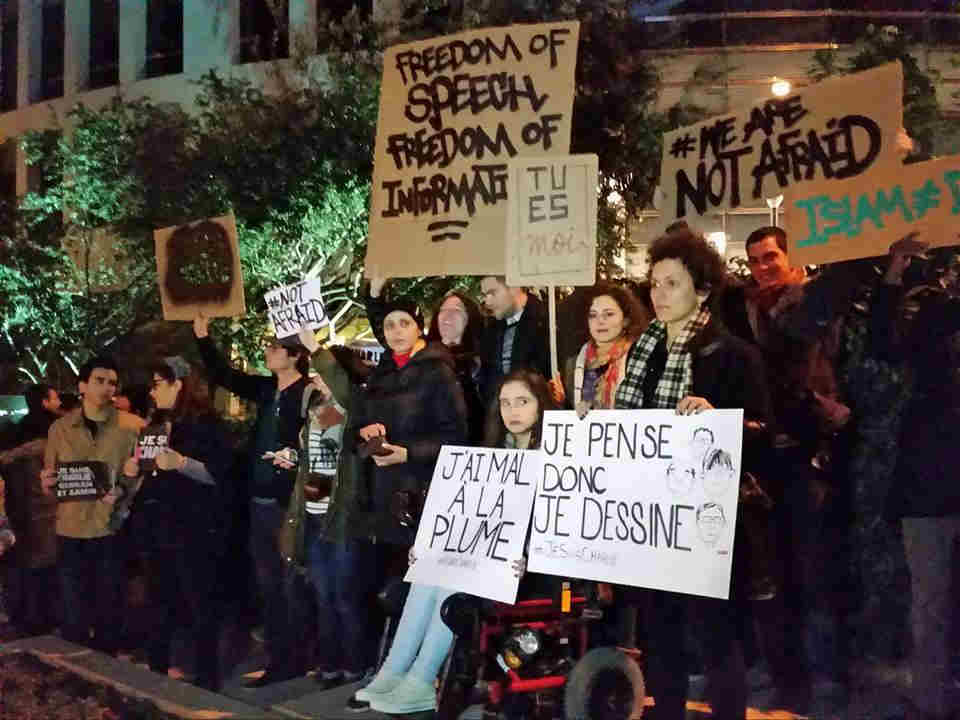 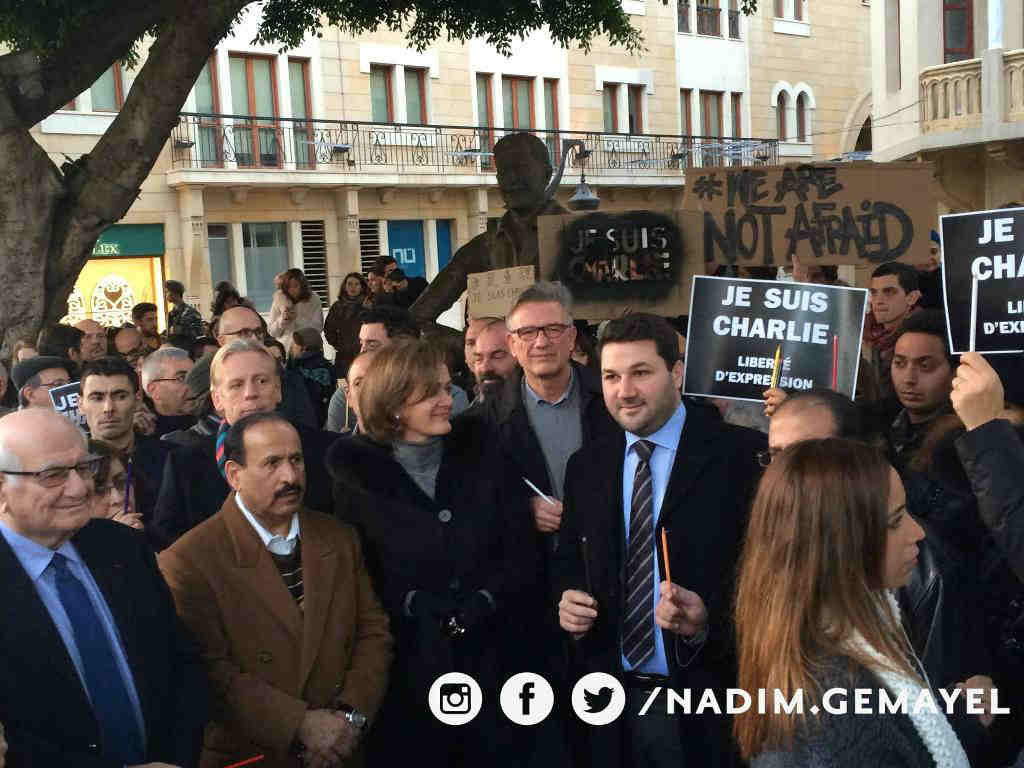