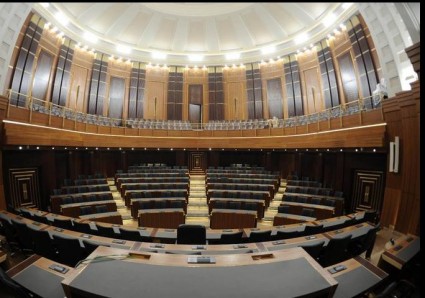 The idea might not be a new one but it worked out for Hackmack in Germany and it might work in Lebanon if it’s done by the right people. We need a panel of experts and intellectuals to kick off such a project away from any political affiliations and hopefully people will start to hold their representatives accountable for their acts. Social Media has proven to be a highly efficient tool in boosting transparency so let’s make good use of it.

I’d like to hear your thoughts on that and whether it’s feasible or not.

You can read more about it [Here]. You can also check out the website [Here].

BONN, Germany – With the federal election season in full swing in Germany, social entrepreneur and Ashoka Fellow Gregor Hackmack is busy preparing his online portal, ParliamentWatch, to host a variety of special online forums with German media partners and to connect citizen’s questions to candidates.

“It’s all about bridging the gap between citizens and politicians,” Hackmack said at the recent Ashoka Globalizer event in Bonn, which the Ashoka Germany office organized to piggy-back on the larger Deutsche Welle Global Media Forum. “We need to build that bridge.”

Roughly 95% of federal parliament members participate with the site, answering 80% of the 150,000 questions that have poured in from voters. The questions are stored in archives as a public record, which voters can use to later hold politicians accountable. The site can also sort and slice data and responses. For example, it shows, graphically, how responsive each of the major parties in Germany is to questions.

“We try to provide as much transparency as possible,” Hackmack said. “It’s one thing what people say they will do and another thing to see how they vote.”

The forum has proved popular, generating 350,000 unique visitors per month. It has partnerships running with several media including Süddeutsche Zeitung, broadcaster NDR, Spiegel Online (see Spiegel’s profile of Hackmack here) and more than 40 other local newspapers, which help draw questions from voters to the site and use some of the answers and data in news reports.