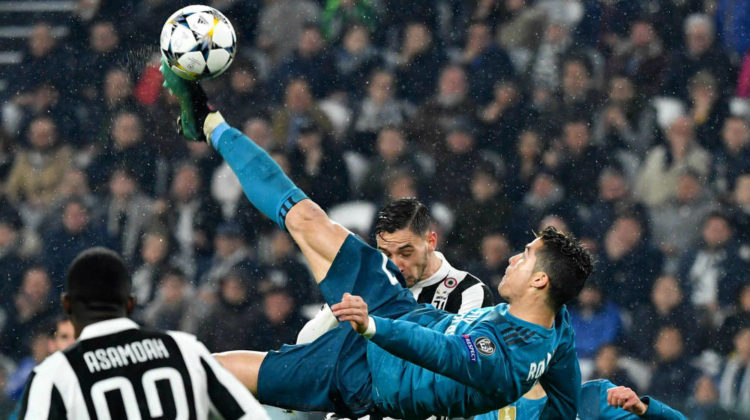 Ever since Cristiano Ronaldo scored that stunning overhead kick against Juventus on Tuesday, everyone’s been comparing to the greatest all-time overhead kicks, and a couple of football fan pages in Lebanon even brought one of Roda Antar’s stunning goals back when he played for Köln in the Bundesliga.

In all fairness, Antar’s bicycle kick is a great goal but what makes Ronaldo’s overhead kick so special is the astonishing height at which he kicked the ball (two meters and 77 centimetres) and the fact that he wasn’t standing still when he did it. Added to that, he was playing Juventus and scored against one of the world’s great goalkeepers, Gianluigi Buffon.

Here are some of the best overhead kicks of all-time compiled by Skores: